Plenty to Look Forward to in Year Ahead for Japanese MMA 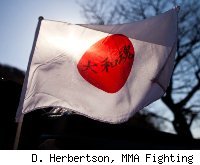 DREAM, K-1 and Sengoku are all at the lowest points in their respective histories, prominent regional events are struggling and Japanese fighters are finding little success abroad. The devastating March 11 earthquake has made matters worse, setting schedules back months, tightening the purse strings of possible investors and fans and creating a much more difficult economic condition. Still, there is hope for the future.

After the break we take a detailed look back at the year so far in Japan and also look forward to a major deal going down in K-1, the year ahead for DREAM, a host of new promotions and the future of the sport in Japan.

Nearly every promotion in Japan has faced hardship in 2011.

Sengoku have let their champions and biggest draws leave, lost their major sponsor and effectively ceased operations while falsely placing the blame on one of the most respected journalists in Japan.

DREAM have only managed two events this year. The first of their events was on a delayed PPV, not broadcast live anywhere and was downscaled. The second event was live on PPV only in Japan and was also downscaled. Both events lacked international appeal, neither was broadcast live on HDNet and a major sponsor has been noticeably absent for both events.

DREAM's financial woes continue as Gesias "JZ" Cavalcante has made claims that he has not yet been paid for his July 2010 DREAM bout with Katsunori Kikuno.

K-1, sister promotion to DREAM and once the pinnacle of kickboxing, have only managed one event. The K-1 63kg Japan GP was done without a TV deal in any country and relegated to a free YouTube stream.

Ray Sefo has recently publicly spoken out against K-1, stating that he, Peter Aerts, Jerome LeBanner and others have not been paid. Sefo claims that Golden Glory, the MMA and kickboxing camp that is home to Alistair Overeem, Semmy Schilt and Sergei Kharitonov among others, are owed $800,000 while Sefo is owed $700,000 and he refuses to fight again until he is paid.

Jerome LeBanner, one of the biggest stars in K-1, spoke out specifically against K-1 event producer Sadaharu Tanikawa, calling him a clown, a puppet and saying that he also will not fight for K-1 as long as Tanikawa remains at the helm.

Simon Rutz, CEO of rival kickboxing promotion It's Showtime, also singled out Tanikawa, stating that he had threatened fighters and that K-1 owes It's Showtime contracted fighters more than $400,000.

On the regional level, Japanese MMA is also struggling.

Shooto have been in turmoil as one of their most respected (former) board members was found to have been taking a salary when he was not authorized to. Although they are still promoting successful events, there is reportedly chaos behind the scenes.

Deep cancelled it's first international event, a January 8 event in Macau, China, only days before the event, leaving the promotion in major financial difficulty. Deep seems to have recovered somewhat since the beginning of the year however

Pancrase have actually been doing reasonably well, mainly thanks to Sengoku going down. Both promotions were linked discount chain store Don Quijote (until Sengoku was dropped in March) and so some of the talent and money from Sengoku was passed down to Pancrase.

Cage Force, a former feeder organization for the UFC and one of the few events in Japan to utilize the cage and elbows, has been fading into obscurity for the past few years and has not promoted an event this year.

Japanese fighters have also done poorly in the American major leagues, going 1-4 in the UFC (Takeya Mizugaki getting the sole win) and 1-2 in Strikeforce (DREAM lightweight champion Shinya Aoki getting the win). One small redeeming note here is that Michihiro Omigawa and Riki Fukuda both had lost highly controversial decisions in their last outings and were paid win bonuses post-fight by Dana White.

Yes, I am being overwhelming negative but it's hard not be when you witness first-hand how far Japanese MMA has fallen. Of course, some of this is due to the March 11 Tohoku earthquake, tsunami and nuclear disasters. Events were set back months, sponsorship dollars are even harder to come buy and FEG's restructuring took longer than expected.

Of course, the news that has dominated Japan this year has been the devastating March 11 earthquake and tsunami. With the nation's collective focus squarely set on rebuilding and energy conservation, relatively trivial things like entertainment and MMA have been rightfully sent to the back burner. The economic effects of the disasters did exacerbated the problems that face Japanese MMA but the sport was in trouble long before the earthquake.

Fortunately, we do have things to look forward to in the year ahead.

DREAM event producer Keichi Sasahara announced post-fight at the DREAM Bantamweight Japan GP Final that they are still planning to hold a world bantamweight tournament to start at the next installment of DREAM in September. The New Year's Eve Dynamite event is also still on the schedule and they may also have one additional DREAM event before then. DREAM still has financial issues and the lack of a local TV deal to deal with.

K-1 may be on the verge of announcing a rebirth. Kazuyoshi Ishii, the creator of K-1, was the first to publicly hint at it, revealing on his blog that he will launch a "new K-1" with a world class tournament to be held every two years.

Details from those close to K-1 indicate that a highly prominent fight promoter/management team have bought a controlling share of K-1 through Chinese investor PUJI. If this rumor is true, it is most likely related to "new K-1" that Ishii references. It is no coincidence that It's Showtime, Ray Sefo, Jerome LeBanner and others have spoken out against Sadaharu Tanikawa recently - it seems as though he may be squeezed out of the new promotion and so they are now free to speak.

The deal is still in it's preliminary stages so details are still unclear and things may change when it's finally announced. The details of future of K-1 are likely to be made public in September at the earliest.

It is not yet known how DREAM will be affected by this deal.

Shooto is slowly ironing out it's issues and have appointed a new board, although not without controversy. On November 5th and 6th, Shooto will team up with Shoot Boxing (a leading kickboxing promotion that allows the use of throws and standing submissions) to promote "Shoot The Shooto" at Tokyo Dome City Hall. Shooto and Shoot Boxing both have passionate fan bases and the event is basically guaranteed to be a success.

In the kickboxing world, It's Showtime have started to promote events in Japan. Two-time K-1 World MAX Champion Giorgio Petrosyan headlined their first Japanese event on Monday night and attracted a lot of positive media interest. It is unclear if the Dutch promotion will be able to survive in the notoriously difficult Japanese scene but they are making the right moves.

Akira Maeda announced in June that RINGS, one of the most successful (although unappreciated in modern times) promotions in the history of the sport, will be returning in March 2012. Staff from It's Showtime Japan will be involved in the running of RINGS so co-promotion seems likely. It is still unclear how big Maeda's aspirations are for the return of RINGS but his gangster/amateur promotion, The Outsider, has been wildly profitable and successful and so Maeda reportedly has some respectable money behind him. Maeda has been a major player in Japanese MMA since the early 90's so every move he makes is worth watching.

The biggest positive news to come out of Asia this year is the creation of One Fighting Championships. Although the Singapore based promotion is not planning to compete with the Japanese scene, the promotion appears to be set to be a viable alternative to local shows for Japanese fighters. UFC veteran and Cage Force tournament champion Yoshiyuki Yoshida is the first Japanese fighter to test the waters there. It is still unclear if One FC will be able to rival the sizable purses available to top fighters in Japan though.

In the West, Yushin Okami will face Anderson Silva on August 27 and has the opportunity to be the first Japanese UFC title holder (aside from Kazushi Sakuraba's tournament win). Former Shooto champion and Sengoku champion Hatsu Hioki has also recently signed with the UFC and should he get passed George Roop, a title shot with Jose Aldo should come swiftly. Both of these fighters are likely to bring a great deal of positivity to MMA in Japan ahead of the UFC's planned return in 2012.

The days of Pride FC and the early 2000's Japanese MMA boom are long gone and given how international MMA has developed, it looks like they will never return. With some recent foreign interest though and the strong hardcore fanbase in Japan, there is at least some hope for a brighter future.