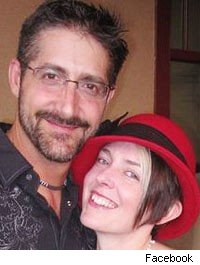 In Colorado mixed martial arts circles, he's known simply as "Dr. Alex," a physician with a big love of the sport, and a big heart for the fighters who inhabit it. It's been a world he can't get enough of. At various times, he's been a cageside doctor, a judge, and a referee. And when that was not enough, Alex Constantinides, a man who spent five years in medical school, one year in internship, and two in residency, a man whose brain was his most important asset, decided to fight.

Why would he? Was it for fame, money or glory? Of course not. He fought so he could gain a better understanding of what the athletes were going through. He wanted to feel what they felt, experience what they experienced, so he could better care for them. He did it for a reason that some feel is slowly fading from the medical profession: empathy.

No one today could imagine how he feels though, not after Dr. Alex experienced a horrific tragedy, one that shook his world and rocked the local fight community. On a rainy Tuesday in southern Wyoming, the doctor and his family were among the many cleared from a campground by authorities due to progressively dangerous conditions. Driving along Route 130, their vehicle plunged into raging waters caused by a flash flood.

By the time the night was over, he would be a victim, and he would also be a hero.

Before we tell you what happened to Dr. Alex that night, first you must understand why a whole state community cares so much.

Dr. Alex moved to Colorado from Wyoming in 2005, and he immediately ingratiated himself to the people on the MMA scene simply with his presence. He would be at every show, big or small.

"Anybody who fought here in any capacity, from an 0-1 kickboxer to the biggest names in the state like Shane Carwin, knows him," said Tyler Toner, a Colorado-based fighter who has fought in the UFC, WEC and Strikeforce. "He's one of the biggest assets in the state MMA community."

He became known because of his selflessness and generosity. Fighters and promoters in the area both say that the doctor routinely offers free assistance to fighters who were without insurance, and often travels to their homes or gyms to help.

Chris Camozzi, a former Ultimate Fighter competitor and three-time UFC fighter, said that kind of aid is invaluable to many fighters. After his last fight in May, Camozzi received stitches to close a cut on his chin. Camozzi, who has no insurance, had left the stitches in longer than necessary and one of them closed. At a recent event, he saw Dr. Alex, who removed them for him for free. It was just one act of many he's performed over the years.

"The thing is, he does this type of stuff for anybody," Camozzi said. "It's not just for the big guys in the big leagues. He helps everybody. He'll take any questions you have, too. If you were covering a show and had a medical question, he'd sit there and talk to you as long as you wanted. He's just a man that's always willing to help."

That's the reputation he's built for himself over the years: omnipresent and ultra-helpful.

<! mediaid=4311660 AP: img vspace="4" hspace="4" border="1" align="right" alt="" id="vimage_4311660" src="" />In the early hours of Tuesday morning, Dr. Alex was driving a van with his wife and three children. The family had been camping in the North Bush Creek campgrounds, and torrential rains had made the area dangerous. The idea was a move to higher, safer ground. But as the family drove east on Snowy Range Road, authorities say that a 25-foot section of road was washed away by a flash flood. The family's van fell nine feet into the water and was swept about 250 feet downstream.

Photos from the Wyoming Highway Patrol show that the van came to rest against a set of trees, and rushing water quickly submerged it. Only Dr. Alex was able to escape. His wife Laurel and their daughters Hanna, 8, Zoey, 5, and Lucia, 2, died.

"It's just such a tragedy," said Sven Bean, a promoter who since 2000 has been running the popular Ring of Fire organization in Colorado. "I don't think anyone could imagine what he went through. Whether you're involved in MMA or not, it's a story that hits you in the heart and one you never want to hear. He's a great guy and it's just heartbreaking this happened to him."

Even in that crisis, even in a life-shattering moment, he was still willing to help.

Shortly after surviving the floodwaters, Dr. Alex had climbed on a bush pile when a Carbon County Emergency Management Truck driven by Saratoga mayor John Zeiger fell into the same waters. Despite being unable to save his own family, Dr. Alex worked his way upstream and pulled Zeiger from his truck.

As of Wednesday, Colorado news organizations reported Zeiger was still hospitalized in stable condition while Dr. Alex had been treated and released.

"He is a hero," Camozzi said. "That just shows how selfless he is."

In the aftermath of the tragedy, the Colorado MMA community has been shaken. Word of the terrible accident spread quickly, and several efforts have been launched to support him as well as the family's favored causes.

Camozzi said several gyms are in the process of setting up a memorial fund. Toner said he's already heard that a Saturday event in Denver, Fight 2 Win, will be dedicated to the family. An autograph session before the show featuring Shane Carwin, Brendan Schaub, Nate Marquardt, Duane Ludwig and Eliot Marshall will take place, with donated proceeds going to HalfTheSky.org, an organization that offers care to China's orphaned children. It is a cause close to the family, whose three daughters were adopted.

According to Laurel's mother, Katie Carmin, who spoke to the Denver Post, the couple's oldest daughter Hannah was a math whiz who loved to read. Zoey loved solving puzzles, and Lucia was a busybody. In an interview prior to his 2009 fight, Dr. Alex described Laurel as "an amazing woman" who made many sacrifices to take care of the girls while he worked at his practice, Front Range Medical Arts by day, and trained for his fight by night. Laurel was also a social worker at Chinese Children Charities. Dr. Alex's practice released a statement to media in which they called him, "the finest physician, the finest father, the finest man we've ever known." Several patients interviewed since then have spoken glowingly of him.

Bean said August's Ring of Fire event, likely to draw around 4,000 people, will feature a fundraising element, though details are still being worked out. Beyond that, there is also hope that the UFC, which hosts UFC 135 in Denver on September 24, will dedicate the show to his family, as he has previously been a cageside physician for past organization shows held in the state.

"Colorado is blessed to have a very supportive MMA community that comes together when they need to," Bean said. "This is a time we need to. Doc has always been there for us. And now, we'll be there for him."