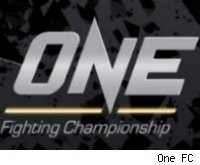 The upstart ONE Fighting Championship has announced the full card for its inaugural show on Sept. 3 in Singapore, and some familiar names will be competing on the event to be held at the Singapore Indoor Stadium.

Right now, there is no American broadcaster lined up to televise the event.

For more on ONE FC, click here. The main card can bouts found below.