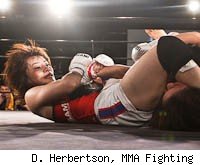 After 17 months away from the ring due to surgery, the "Vale Tudo Queen" Yuka Tsuji finally made her return on Saturday night at Jewels 15th Ring in Shinjuku Face in Tokyo, Japan.

Also featuring on one of the most stacked cards in recent Women's MMA history: Megumi Fujii put an aggressive beating on Mika Nagano for the second time, Seo Hee Ham bested a game Mei Yamaguchi and Hitomi Akano utilized judo and leglocks to edge out Roxanne Modafferi. Full results after the break. 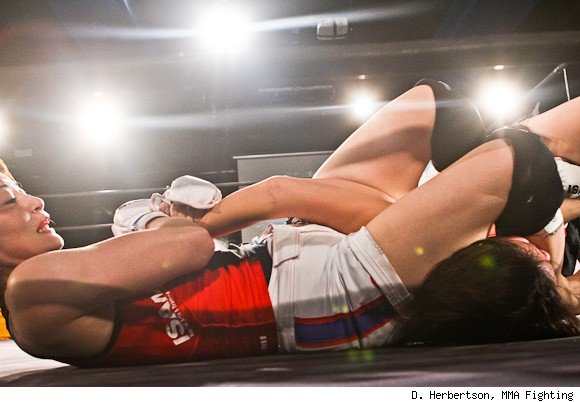 Tsuji's superb wrestling shots set up multiple submission opportunities for the veteran but although she was able to fully extend her opponent's arm multiple times in armbars, the Ishioka was hardy enough to make it to the final bell. Ishioka was able to redeem herself somewhat with some impressive torrents of ground and pound after failed submission attempts from her opponent, but Tsuji was good enough to reverse positions consistently. 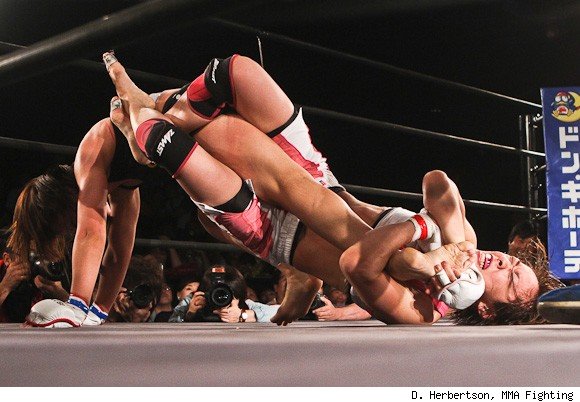 Fujii burst out of the gates on fire, looking for the quick knockout and seemingly coming close to getting one. Nagano utilized her wrestling talent to keep herself in the bout though, her clinch preventing Fujii from unloading on her further. Fujii proved better in the clinch also however and knees to the midsection led to Nagano dropping for a loose armbar attempt. Fujii easily avoided any submission attempts from her opponent and through the two-round bout, controlled every aspect of the fight - at one point coming close to ending it again with a toe hold (pictured below).

Unfortunately, Jewels officials decided that the bout was to be contested under limited rules, which prohibit striking to the face on the canvas. Given the she did not have to worry about strikes on the mat, Nagano's defensive grappling was good enough to see her through to the final bell. Had the bout been contested under normal MMA rules, it would be hard to imagine the bout making it to the judges.

South Korean kickboxer Seo Hee Ham (pictured below, right) picked up her third successive win of the year, besting the highly rated Valkyrie featherweight ace Mei Yamaguchi. Ham's cracking kicks punished the legs and body of Yamaguchi through the two round bout, the grappler unable to secure a much needed takedown against the striker. Yamaguchi was able to trade competitively with Ham early on, but a clear power difference meant that she was fighting a losing battle. 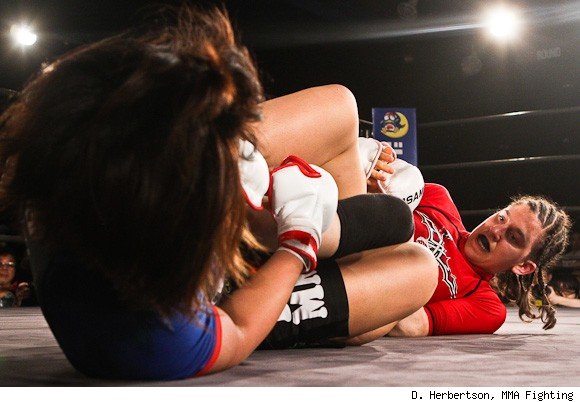 In what was the best bout of the night, Strikeforce veterans and occasional gym-mates Hitomi Akano and Roxanne Modafferi (pictured below) fought an entertaining two round war with Akano's slick judo throws and leg lock attempts gaving her the edge with the judges in the two round bout.

The bout was originally booked for Sengoku's end of year event in 2010 but Modaferri was struck down with illness the day of the event.

In a battle of the Jewels goliaths, Hiroko Yamanaka battered Bolormaa "Esui" Erdenebileg before snatching the armbar victory midway through the second round. Despite their similar size, Yamanaka had a clear power and technique advantage, beating her Mongolian foe into the corner and softening her up for the submission.