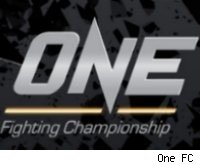 Since the demise of Pride FC in 2007, Asian MMA has struggled to regain even a fraction of its former significance.

Japan tried and failed to rebuild with DREAM and Sengoku. South Korea has seen Spirit MC fall and Fighting Mixed Combative was a complete disaster. Macau-based promotion Fury went down after only one event due to embezzlement and China's Art of War has faded into obscurity. Hong Kong's Legend FC and South Korea's Road FC have had some success but growth there has been slow.

Asian MMA may again have some hope however as up-start Singapore promotion One Fighting Championship, armed with dollars from Middle Eastern investors, a rumored major sponsor and an impending 24-country broadcast deal with ESPN STAR Sports, plans to build the biggest MMA event in Asia - starting September 3rd.

Headed by former ESPN STAR Sports employee and former Martial Combat promoter Victor Cui, the promotion has already inked a domestic TV deal in Singapore and given Cui's background, is reportedly on the verge of signing a ESPN STAR Sports contract that will see MMA broadcast to 310 million viewers in 24 Asian countries. Sources have indicated to MMA Fighting that a major sponsorship deal is also being negotiated to supplement capital provided by Middle Eastern investors.

The first One FC event, set to take place at the 12,000-capacity Singapore Indoor Stadium on September 3rd, is set to feature Leandro Issa, Eduard Folayang, Ole Laursen, BJJ Mundials champ Zorobabel Moreira Jr and Brian Choi with the majority of the card likely to come from Singapore-based Evolve gym and Team Lakay Wushu in the Philippines - although major international fighters are also being targeted.

Negotiations are reportedly ongoing with some major Japanese and international fighters but DREAM Lightweight Champion Shinya Aoki and UFC and Bellator veteran Roger Huerta were among those approached, however they have been ruled out due to contractual obligations and acting commitments respectively.

Although it does clearly intend to poach some major international talent, sources close to the promotion claim that One FC are not hoping to compete on the established Japanese market (Japan is not among the 24 countries that receive ESPN STAR Sports) or with the UFC, but will instead focus on building an infrastructure to produce fighters, supporting regional MMA in Asia and showcasing both local talent and fighters with Asian heritage.

Asian fighters outside of Japan and Korea have few options for fighting and training and One FC is reportedly aiming to support those talents who would otherwise be forced to turn to other combative sports.

Given concept, the history of boxing and kickboxing in the region, the money that is rumored to be behind the promotion, the forthcoming broadcast deal and the booming MMA markets in Singapore and the Philippines - One FC seems to be primed for success.

The concept of expanding and building an MMA industry in the combat-loving countries of Thailand and Indonesia along with Malaysia, Vietnam and Taiwan however is much more risky as those markets are uneducated and untested with MMA. Real growth and investment in those areas would be a seriously long-term investment and history shows that Asian promotions have been struggling to stay around that long.

One FC does have some distinct advantages though - the downfall of almost every other competitor in the continent means that already established fans are starved for MMA and that becoming the biggest in Asia should not prove as difficult as it one was.