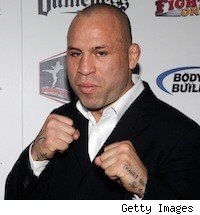 Regardless of what the future holds for Wanderlei Silva, his legacy is secure as one of MMA's first great champions, an intimidating presence who boasted knockout power in bursts of aggression that bordered on frenzy. That fan-friendly physical style made him a legend, but it also took a toll on his body over time. The last few years have not been so kind to the 34-year-old "Axe Murderer," who has lost five of his last seven fights. And on the heels of his most recent bout, a UFC 110 decision victory over Michael Bisping in his UFC middleweight debut, Silva disappeared.

First, he was sidelined by broken ribs that took him out of a proposed UFC 116 fight. Then, he had his right knee surgically repaired, knocking him out of competition for months. But at July 2's UFC 132, Silva returns from the longest layoff of his career -- a 16-month absence -- with hopes of a career rebirth. Given the wars he's taken part in, and the physical price paid by his body, fans are left to wonder how much he has left.

Stylistically speaking, a fight with Chris Leben isn't the easiest return bout one can have. Like Silva, Leben fights in an aggressive, physical style that virtually ensures neither fighter will leave the cage quite the same way they walked in. Yet for Silva, the same type of firefight that's always excited him still motivates him today.

"The fight is really important for me," Silva said. "I've been out. I had a hard year for me. I really trained so hard for the fight. Finally, I'm going to fight with a guy [that] I think is going to fight with me, because my other opponents run. Some guys stay in front of me for a couple minutes and then start to run. My next opponent Chris is going to really come to fight. The fans are going to have a great show on July 2nd."

The fight essentially came at the request of Leben, who replaced the injured Silva at UFC 116, defeated Yoshihiro Akiyama, and then asked to be the man to welcome Silva back to action.

At the time though, it was clear that Silva wouldn't be back for quite a while, and Leben had a bout in the meantime, losing to Brian Stann in a first-round KO on New Year's Day.

Meanwhile, Silva was back at home struggling through physical rehabilitation and the emotional upheaval caused by his inability to do what he loves most.

"I'm a competitive guy. I like to be in the octagon and fight my whole life," he said. "I had a really tough year. But I have unbelievable support from my fans. My fans send me messages every day and give me good support. For that, I really want to give a good show because the UFC is going to all the homes in the world. It's unbelievable. I want to show the real and the best Wanderlei Silva for all my fans around the world in the fight."

Despite Silva's rough recent stretch, his weight-class shift could have him in title contention in short order with a few W's. His win over Bisping has him 1-0 in the division, and victories over Bisping and Leben would certainly put him in the conversation of contenders, given the fact that current champion Anderson Silva has mowed through most of the rest of 185's best.

Silva admits that he still thinks about winning another major championship, but that after being out for so long, his focus is solely on his dangerous bout with the hammer-fisted Leben.

But more than money is fighting for the future. The past is secure, and stories of his prime will live on for years. It seems that a 34-year-old should still have some good days ahead, but after 16 months away, will he be reborn or rehashed? Silva is wise enough to know that July 2 will begin to answer that question. The fact that it comes against a fighter who he describes as a younger version of himself encapsulates the symbolism of the bout; Silva isn't just fighting Leben, he's fighting time.