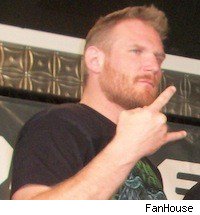 Heavyweight Josh Barnett has been granted a combative sports license by the state of Texas, clearing the way for his Strikeforce Grand Prix bout against Brett Rogers this Saturday night.

While it was always likely that Barnett would be granted a license in Texas, there was some speculation he could have trouble given his recent issues in California, where miscommunication nixed his December 2010 attempt to regain a license in that state.

In the summer of 2009, Barnett tested positive for the anabolic steroid Drostanolone while in the midst of applying for a license in the state. That positive test effectively sunk the Affliction promotion. It was not his first issue with PEDs. In March 2002, he was suspended by the Nevada state athletic commission for testing positive for steroids.

Stanford though, told MMA Fighting that Barnett had "met all licensing requirement and is approved." Contrary to some rumors, Barnett is not under administrative suspension in any state as a result of past issues.

According to Stanford, 14 of the 18 fighters on the roster have been approved for licenses, though she could not name the four who are still completing the requirements. Stanford said those four have until 5 pm on Wednesday to do so. It is not uncommon for fighters to complete their final licensing requirements during fight week, when they arrive in the state.

The 33-year-old Barnett (29-5) is a hefty favorite in his fight with Rogers. The winner will go on to face Sergei Kharitonov sometime in the fall.