Dana White: UFC Is 'Talking to Everybody,' but No New TV Deal Yet 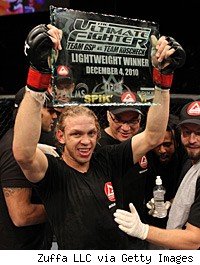 VANCOUVER, British Columbia – Though reports that the UFC was in talks to buy a controlling interest in NBC Universal's G4 channel were all over the internet recently, UFC president Dana White stressed on Thursday that, as of right now, it's nothing more than talk.

And just because The Wall Street Journal reports on the talks, White insisted, that doesn't mean there's a deal.

"I told you guys the last time we all talked, we're talking to everybody right now. It actually blew my mind that huge media sources would go out and announce that when there is no deal," White said. "It's strange. It's crazy."

White said he was "not ruling out anything," including a renewal of the UFC's deal with Spike TV. And as for reports that Spike is already moving on and planning on life after the UFC?


As MMA Fighting's Mike Chiappetta reported, Spike employees are said to be openly referring to the cable network's upcoming season of The Ultimate Fighter as "the last season." Spike executives are also said to have visited recent Bellator events, leading many to wonder if the cable network is resigned to losing the UFC and is already on the lookout for a new MMA partner.

Spike's contract with the UFC ends this year, and a recent report on Bloomberg.com suggested that a controlling stake in G4 might cost the UFC as much as $600 million, though White said he had no idea where that number came from.

"It's stupid for me to talk about this while we're in negotiations," White added. "It makes no sense whatsoever."