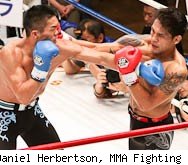 Imada's judo background again proved to be an excellent match for Shoot Boxing rules, a modified kickboxing rule set that heavily rewards throws and allows standing submission attempts, as the American threw the former two-division champion around the ring to claim the unanimous decision victory.

In a rematch of the 2010 Girls S-Cup Final, Ai Takahashi evened the score with promotional poster girl and 2010 S-Cup Champ Rena Kubota to claim the vacant Shoot Boxing ladies title.

Toby Imada (3-1-0 Shoot Boxing Rules, 29-16-0 MMA Rules) shocked the kickboxing world in 2010 when he managed to judo-throw his way to a victory over Andy Souwer, the best fighter in the 25-plus year history of Shoot Boxing. Proving that his incredible victory over Souwer was no fluke, Imada defeated another Shoot Boxing legend on Sunday in reigning Oriental and Pacific welterweight champion Hiroki Shishido (50-15-0 20 KO).

The bout was hotly contested early, with Imada coming close with a head-arm triangle attempt and winging power punches, while Shishido delivered spinning back kicks, jabbed well and landed multiple front kicks to the face. The tide turned in round two though when Imada picked up Shishido and carried him across the ring for a spectacular slam and shoot point. With his path to victory now clear, Imada landed two more clean throws in round three and although Shishido did manage a late rally with a brutal side kick to the face, the throws led to the mixed martial artist again claiming the upset unanimous decision win. 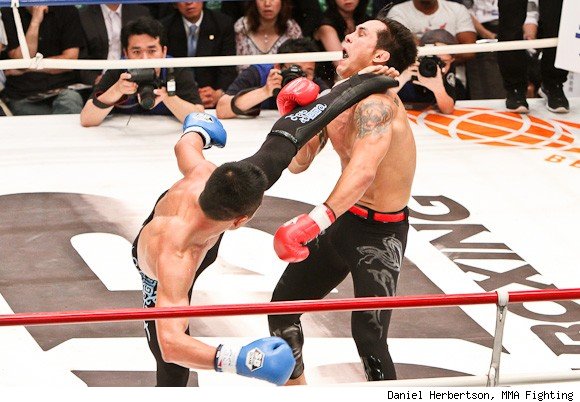 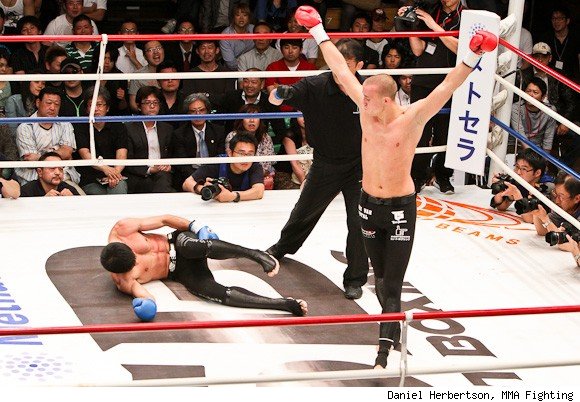 2010 Girls S-Cup Champ Rena Kubota (15-4-1 4KO) made major steps towards increasing Shoot Boxing's mainstream popularity in 2010, appearing on prime-time comedy programs to fight comedians and giving unprecedented exposure to Japanese women's kickboxing. Given this, for the first Shoot Boxing women's title match in 13 years, it was obviously hoped by promoters that charismatic 19-year old would back up her 2010 S-Cup victory and further raise the stock of Shoot Boxing. Those hopes were completely spoiled though by a much stronger Ai Takahashi (11-2-0 5KO).

Rena started strong, landing well with punches and push kicks to the face and body but as the bout progressed, Takahashi's huge power advantage became apparent, exhausting Rena with constant jabs and throws to the canvas. With Rena's speed almost completely dissipated, the latter rounds consisted of Takahashi continuing to toss her young opponent around the ring and after five rounds and a standing eight count against Rena, the judges had no issues awarding Takahashi the vacant title. 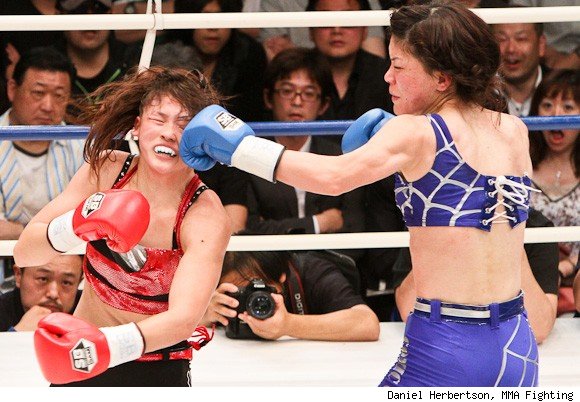 Kanai was caught early in round one with a short straight left from his southpaw opponent and took a trip to the canvas. The blow only served to wake up Kanai however as through the second and third rounds, Kanai came back with a vengeance, bullying Hyakutake around the ring and landing completely at will. A shoot point via a hip toss in the second round sealed the unanimous decision comeback win for Kanai. 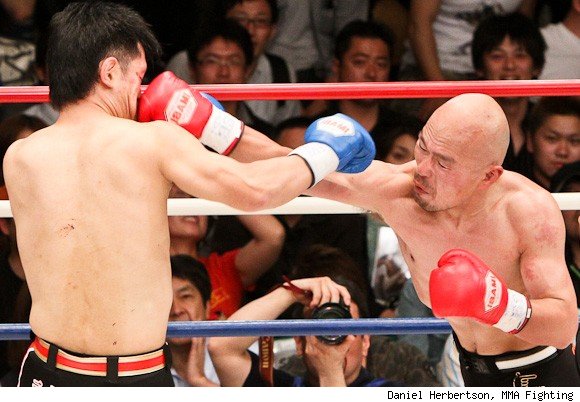 Shimada was landing well with flurries of fists and high kicks at the end of the third round but his lack of power led to an extension round when the judges were unable to separate the pair. Utagawa had the foresight to keep some gas in the tank and rocked an exhausted Shimada early in the extension round to take the unanimous decision. 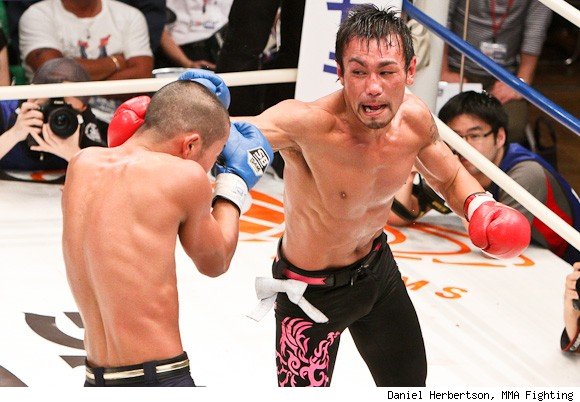 Formerly undefeated fourth-ranked Japanese super bantamweight Tatsuya Tsuda (6-1-0 2KO) and fifth ranked Hiroaki Okuwa (6-3-2 1KO)were essentially even after three rounds with Tsuda circling backwards around the perimeter of the ring, landing slightly better with knees and his hands while Okuwa was throwing significantly more strikes and pressing the action for the center of the ring. A questionable throw in the second round though scored a shoot point for Okawa and gave him the decision victory. 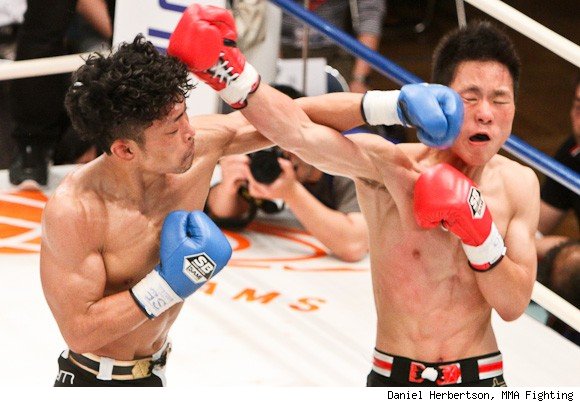 Third-ranked Japanese super bantamweight Kazuyuki Fushimi's (12-7-3 3KO) fists brought him a unanimous decision victory over second-ranked Masanori Minato (8-8-0). The taller Fushimi used his reach to keep Minato at bay and a spinning back fist and turning back kick in the last round sealed the win. Minato made a late run in the last round, opening a cut with an illegal elbow following a hook but the damage was too little, too late.

In the opening bout of the main card, fifth-ranked Japanese featherweight Yuji Sugahara (7-3-0 5KO) blasted late replacement Norifumi Yamamura with a knee on the ropes to claim the KO victory.