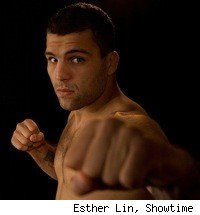 Following the loss, "Ninja," the older brother of Mauricio "Shogun" Rua, announced his retirement from MMA on his Twitter account.

"I would like to announce officially my retirement from pro MMA fights," Rua wrote. "It was an amazing run, and [it's] a very tough moment, but there comes a time for all in life, and it's time to move on. I am proud of all I did in MMA and all experiences I had. I will continue to work with MMA, doing seminars, [teaching] classes, training fighters, and doing my share to help our sport that I love so much. It's time now to help others and enjoy my family, my wife, my kids and move [on]."

Full results from the event, which was held at Wembley Arena in London, England, are below, courtesy of MMA Mania: