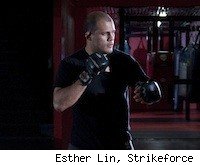 Glory World Series will be offered live on YouTube pay-per-view on May 28, officials announced on Thursday.

According to a press release issued by the organization, this would mark the first combat sports pay-per-view offered live on YouTube pay-per-view. The event will cost $7.95 (USD) and can be ordered here.

Glory World Series will showcase both MMA and kickboxing fights. The event will feature two tournament finals: Siyar Bahadurzada vs. Tommy Depret in a MMA welterweight final and Gohkan Saki vs. Brice Guidon in a heavyweight kickboxing final. The winners of each tournament will earn $150,000 (USD) respectively.

Another interesting fight on the card involves Mark Miller, who will be returning to kickboxing for the first time since undergoing open heart surgery in 2007. "The Fight Shark" will meet Nikolaj Falin in a heavyweight kickboxing bout.

In total, there will be six MMA fights and six kickboxing fights on the card, which will be held in Moscow. Check out the full card here.