CSAC: Chael Sonnen Can't Reapply for License Until May 2012 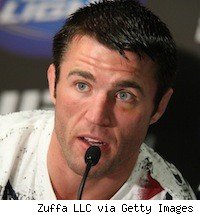 Now that the California State Athletic Commission has voted to uphold Chael Sonnen's indefinite suspension, the UFC middleweight will have a long wait before he gets another day in court.

CSAC executive officer George Dodd told MMA Fighting on Thursday that the soonest Sonnen could reapply for a fighter's license is May of 2012, though he could apply for a second's license to corner other fighters sooner.

"One of our rules, in our Title IV [of the California Code of Regulations], stipulates that you have to wait one year after an appeal of your suspension or revocation of license. And since he appealed this [on May 18, 2011], it's one year from the day of denial."

In other words, Sonnen will either have to sit the next twelve months out or else try and get a license to fight in another commission's jurisdiction. That most likely rules out Nevada, but several other states – not to mention the U.K., Europe, and Japan – would still remain viable options.

That is, if the UFC is willing to promote a fighter who is still officially denied a license from a major commission like California.

If and when Sonnen does reapply for a license in the Golden State, Dodd said, he would have to show the commission proof of his rehabilitation, much like Josh Barnett was asked to do in his recent CSAC hearing.

As for Sonnen's use of testosterone, Dodd said a therapeutic use exemption is still not out of the question, but the fighter would have to go through the proper channels first.

Wednesday's hearing was not about whether Sonnen was or was not in need of the testosterone injections at the time of his fight with UFC middleweight champ Anderson Silva at UFC 117 last August, Dodd said.

Instead, it was about Sonnen's misrepresentation of conversations he claimed to have had about that testosterone use with the Nevada State Athletic Commission. Ultimately, the commission found his explanations of those past statements unconvincing.

"That is true," Dodd said. "That's why we never brought up more about what happened back then. We didn't. I didn't testify because there was nothing I could testify to that would give it more cause aside from what was already said."

At Wednesday's hearing Sonnen told the CSAC that conversations with UFC president Dana White had led him to believe he would be "effectively retired" if he wasn't relicensed this week. As of yet, there is no official word on what the UFC plans to do with regards to Sonnen's future in the organization.