UFC Returning to England in October 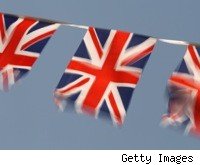 The UFC will make its long awaited return to England in October.

According to sources close to the promotion, the organization is targeting an Oct. 15 date at Liverpool's Echo Arena for its next UK show.

The UFC has previously held 10 shows in the United Kingdom but this would mark the first one to take place in the hometown of "The Beatles."

No fights have been announced for the event just yet.

The last time the UFC visited England was for UFC 120 in October 2010.