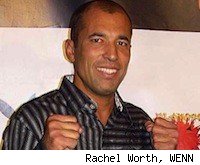 UFC president Dana White has indicated to MMA Fighting that the promotion has no interest in offering a fight to Brazilian pioneer Royce Gracie for the UFC's upcoming August event in Rio de Janeiro, refuting previous reports that talks between the two sides could result in a Gracie return.

Gracie is considered the sport's early seminal figure, winning three of the first four UFC tournaments with a jiu-jitsu style that was then foreign to most fight fans but has become a necessity in modern MMA. At just 6-foot-1 and around 175 pounds, Gracie used his ground skills to tap out opponents who sometimes outweighed him by 50 pounds or more.

At 44 years old though, Gracie (14-2-3) has not competed in the sport in nearly four years. In his last match, which took place in June 2007, he defeated Kazushi Sakuraba via unanimous decision, but afterward tested positive for steroids and was suspended for a year by the California state athletic commission.

The legend has not fought in the UFC's octagon since May 2006, when he returned after more than 11 years away from the promotion, only to suffer a first-round drubbing at the hands of then UFC welterweight champ Matt Hughes. The fight took place at a 175-pound catch weight, and Hughes dominated Gracie en route to a first-round TKO.

While Gracie would like one more chance to close out his career in style, it looks like the legend is unlikely to see the inside of the octagon at UFC 134.