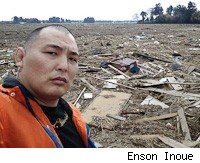 In the wake of the March 11 Tohoku earthquake and tsunami, Yoshihiro Akiyama, Genki Sudo, Hayato "Mach" Sakurai, Ryo Chonan and many more members of the MMA community have rallied to raise money for those affected by the disasters, creating volunteer programs and even personally driving trucks full of supplies to northern Japan.

Former Shooto heavyweight champion and Pride veteran Enson Inoue has been among those who have traveled to northeast Japan to directly help earthquake and tsunami victims. MMA Fighting spoke with Inoue about his experiences during the earthquake, his charity work in the aftermath and the grim realities in the Tohoku region that you do not see on TV.

MMA Fighting: What were you doing when the earthquake hit?
Enson Inoue: When the quake hit, I was in my home in Saitama. We get a lot of tremors in Japan so at first I wasn't really worried about it. It just kept going on and on though. It lasted about seven or eight minutes and at one point it was easily the strongest earthquake I've ever felt. I've been in Japan for 21 years now, and we get earthquakes all the time, but I'd never felt anything like that.

Was your house damaged at all by the quake?
My house was OK, just some bottles broken and things like that, but surprisingly the walls of my house all cracked. I turned on the TV to see how bad the earthquake was and then I see that the epicenter was around 300 km north in Sendai. After feeling how strong it was in Saitama, and seeing how far away [the earthquake epicenter] was, I knew it was going to be bad, but even then I wasn't even thinking about the damage from the tsunami. 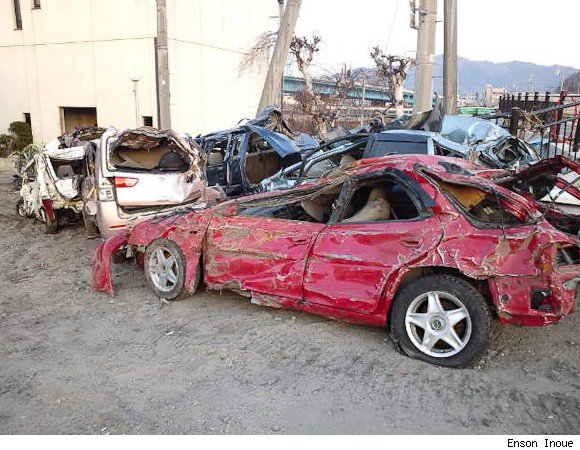 After the earthquake and tsunami hit and you could see how bad the damage was, what was your reaction and what did you do?
For the first few days, I sat at home and was glued to the TV, just watching the news. Then I heard from a friend of mine that the radiation from Fukushima was going to hit Tokyo and my first thought was that I have a gym down south in Kyoto so I'm going to go there and be safe. But after thinking about it for a couple days, I felt something pulling me to go north into the disaster area.

What do you think was pulling you?
I believe in Yamato-damashii, which means the samurai spirit, and I think that was the thing pulling me north. It was like in my fight with Igor Vovchanchyn. I knew he was an incredible striker, and for a moment in the beginning I said to myself, 'F--- this,' and clinched. After about 30 seconds, although it felt like about five minutes, I realized that this was a test of my spirit so I stood back and traded punches with him. To me, going to Kyoto was like me clinching in my fight with Igor, and I think it showed that my spirit isn't strong yet. Although, I would be kind of worried if my first instinct was to go immediately north into the radiation.

You went by yourself, right?
I went by myself because I actually didn't have anyone who offered to go with me. I had a lot of people telling me not to go though!

What was it like driving up through Fukushima and into the areas that were badly hit by the tsunami?
Driving up through Fukushima felt like I was stepping outside into the rain. Like something came over me when I realized what I was doing. The highways were like roller coasters. Because of the earthquake there were cracks everywhere and the roads were really rippled with ups and downs all over the place. I have a radiation detector, and I was constantly checking that as I was going up.

What did you take up?
I had a Hummer loaded of supplies. I had over 100 pounds of rice, cases of water, curry, ramen, tampons for ladies, diapers for babies, diapers for elderly, a lot of junk food. You know for me, what I would be wanting is potato chips and chocolate. A lot of clothing, a lot of socks, anything I could think of. My Hummer was just filled.

There are kids playing and not even knowing what's going on. Some adults are making the best of it, they're appreciating that they have their lives and that they have a roof over their head. Then there are those that are just sitting there and staring into space. It's overwhelming to walk in those places. Some places have over 800 people in there and you know that they have lost everything. There are still shades of sunlight in those centers though. People laughing and talking. It's a thousand emotions all in one building. 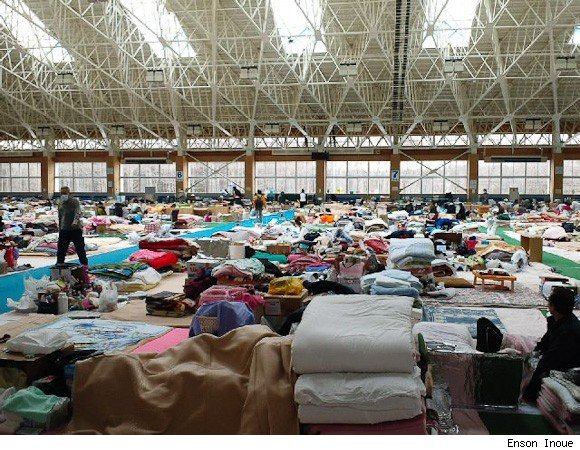 Did you ever have a moment that made you suddenly realize the extent of the damage?
At one place, I was passing out supplies and I asked this guy if he needs anything and he said, 'Shoes.' I said, 'Shoes? You need shoes? I don't know your size?' and he just told me that any size is OK. I looked down at his feet and he had these tiny little plastic bathroom slippers. Then I realized that these guys just put whatever on their feet and ran out of their houses and lost everything. It's stuff like shoes. Things you assume everyone has. It was then that it really hit me and I realized what these people went through. So I went to another town and bought 25 pairs of shoes to give out and they were all gone in like 30 seconds.

Do you see these people getting help? Is the money that has been donated reaching those in need?
The aid is frustrating for me because I know there has been millions of dollars donated but when I was in those evacuation centers I was wondering where that money was going. It's so frustrating because the money is so hard to see. When I first went to the areas hit by the tsunami, I stopped my truck at the donation point and they wanted to take it off to a big storage room. Across the street, I could see people who needed things, and even though that stuff in the storage room would reach them eventually, with my selfish nature I wanted to see it go directly to the people.

What I am doing now is mostly walking through the evacuation center and spending time with these people and getting to know them and then throwing the question, 'Do you have cigarettes? Are you OK for blankets? Do you need anything?' and I'm getting personal responses and getting personal suggestions. Then I'll drive 150 km to the next town and get those necessities for them. I spent $1,000 on cigarettes last time I went back! I was freaking out, I don't smoke so I didn't know how expensive they were! I got mobbed when I took them in! I'm glad I don't smoke, you know?! 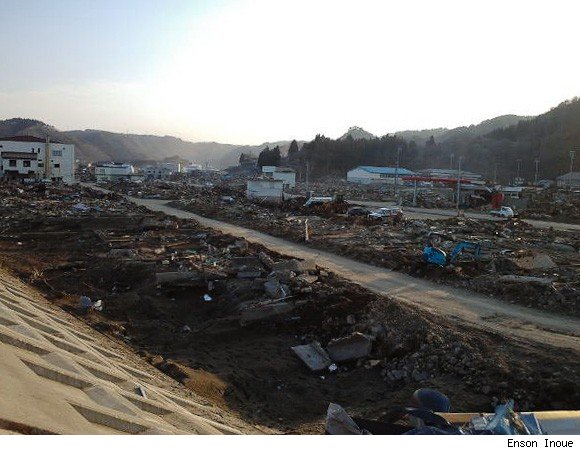 Is there anything happening in the Tohoku region that we aren't seeing on TV or in the media?
Well they can't really show the bodies on TV. When I first drove up there, there were still bodies, but they weren't just laying everywhere. When I walked through the rubble, I could see a hand down in the cracks, a leg in the forest or a body hanging on a tree. When you go to the ocean, I saw a leg under a bridge. When I came back to Tokyo, most of that was cleaned up, but 80 percent of the rubble hasn't been touched yet. There are still bodies everywhere in there. It smells too. There's a lot of dead fish there, and it smells like dead fish, but there is a little ... twang to it. There are definitely bodies under there.

There are certain areas up there you can go and claim dead bodies. They haven't shown the city halls on TV. It was remarkable. The second floor in city halls is where you claim dead relatives, and in one place, the line was like 60 people long. The walls are pasted with names of the missing and people posting information about what shelter they are in. It's not even close to being over for so many people who are still missing their loved ones.

Note: Enson Inoue is not asking for donations and suggests that if people can help, they should donate to the Red Cross.

If people would like to contribute to the work he is doing specifically, then he does accept money donated via PayPal and promises that 100% of the funds donated will go straight to those in need. His next trip to the Tohoku region will be on April 11. Enson Inoue's PayPal address is: yamato_samurai1@yahoo.co.jp