MMA Top 10 Pound-for-Pound: Silva Back on Top, Jones Gets a Spot 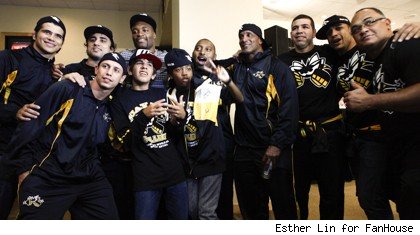 Now that was the Anderson Silva we've been wanting to see.

After four straight lackluster defenses of his middleweight title, Silva knocked out Vitor Belfort with a front kick to the chin that has to go down as one of the most incredible knockouts we've seen in the sport. But part of what makes Silva amazing is that it might not have even been the most incredible knockout of his career: I'm still partial to the stunning elbow he used to knock out Tony Fryklund in 2006.

When you know Silva is capable of such highlight-reel heroics, it's easy to grow disappointed in him when he delivers sub-par performances, as he did against Patrick Cote, Thales Leites, Demian Maia and Chael Sonnen. But when Silva is on his game, he's the best in the world, and he's now back on top of my pound-for-pound rankings.


2. Georges St. Pierre (1): The superfight with Silva would be great to see, but first St. Pierre has to get past Jake Shields. Picking the better pound-for-pound fighter between St. Pierre and Silva is really a matter of personal preference: Do you prefer the methodical consistency of St. Pierre, who grinds out his opponents for round after round after round? Or do you prefer the less predictable Silva, who can look bad at times, as he did against Sonnen, but can also amaze you with things you never thought you'd see? I'll take Silva. But maybe St. Pierre will change my mind against Shields.

3. Jose Aldo (2): Aldo finally makes his UFC debut in April, fighting Mark Hominick in the co-main event of the St. Pierre-Shields card. Don't be surprised if Aldo, like GSP, looks so good that people start calling for him to move up in weight class.

4. Shogun Rua (4): The light heavyweight champion will get a chance to move ahead of Aldo if he puts on a good show against Jon Jones in March, in one of two fights this spring featuring two Top 10 pound-for-pound competitors squaring off.

5. Dominick Cruz (5): It's easy to overlook how dominant Cruz is, with a 17-1 record and rarely a close fight in his career. It's especially easy because two months after Cruz defended the WEC bantamweight belt for the last time and became the UFC bantamweight champ, there's still no word on when he'll step into the cage again. But make no mistake: This guy is an absolute force, with an elusive style that gives his opponents fits. At age 25, he could be champion for a very long time.

6. Frank Edgar (6): The UFC lightweight champion, Edgar finally gets the chance to settle things with Gray Maynard once and for all in May.

7. Gray Maynard (NR): You could easily make the case that Maynard belongs ahead of Edgar, since Maynard won the first time these two fought. If you want to consider Maynard 6a instead of 7, that's fine. They'll sort it out themselves soon enough.

8. Cain Velasquez (7): The heavyweight champ stays on the list for now, although a long period of inactivity because of shoulder surgery could lead others to leapfrog him.

9. Jon Jones (NR): I'm moving Jones into my Top 10 because watching him beat Ryan Bader at UFC 126, I felt like I was watching the most talented athlete ever to step into the cage. You can make the case that Jones hasn't accomplished enough yet, at age 23, to deserve this ranking. But watching him fight is watching a genius at work.

10. Joseph Benavidez (8): Benavidez hangs onto a spot in the Top 10 for now, based on his overall accomplishments and the fact that he's really a 125-pounder fighting very well in the 135-pound class. But there's a good chance this will change by the end of the month: The Jon Fitch-B.J. Penn main event at UFC 127 could earn the winner a spot in the Top 10.