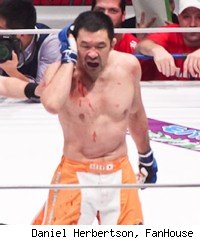 Japanese mixed martial arts legend Kazushi Sakuraba suffered one of the ugliest losses in MMA history at Dynamite 2010, as a bloody tear of his cauliflower ear caused his welterweight title fight with Marius Zaromskis to be called to a halt.

Like many MMA veterans, Sakuraba's ears tell the story of his long career, but he had never had anything happen to those ears like what happened against Zaromskis: Early in the fight a Zaromskis punch caused Sakuraba's ear to burst open, with blood spewing forth. The referee called the fight to a stop and asked the ringside doctor to examine the ear, but it was determined that Sakuraba was good to continue.

However, once the action continued, Zaromskis hit Sakuraba hard in the ear again, and this time his ear became partially torn off his head. Sakuraba winced and grabbed the side of his head as if his ear was about to fall off, and the fight was immediately stopped because of the injury. The official result was Zaromskis winning the fight by first-round TKO, 2:16 into the first round.

Despite the nasty injury, Sakuraba stayed in the ring long enough to embrace Zaromskis and then address the crowd, saying, "Sorry my ear came off."

Sakuraba is one of the all-time greats in the sport, but he's now 41 years old and on a three-fight losing streak, and it may be time for him to retire. If this was his last fight, it's an ugly ending to a great career.

Update: MMA Fighting spoke to FEG USA representative Mike Kogan, who said that Sakuraba was immediately rushed to the hospital after the fight. His ear will be reattached because it was not ripped off his head completely. 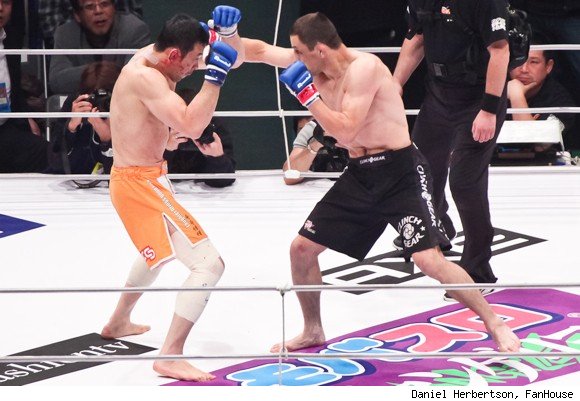 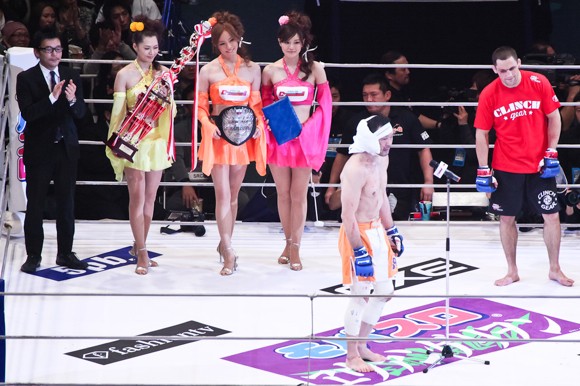