Walker vs. Carson, Gracie vs. Prangley Signed for Strikeforce on Jan. 29 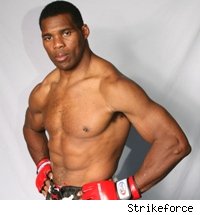 Strikeforce will try to make Herschel Walker vs. Scott Carson happen a second time at its Jan. 29 event in San Jose, Calif.

Sources close to the promotion confirmed with MMA Fighting Tuesday that the heavyweight fight, which was supposed to take place in December before Walker suffered a cut under his eye in training, has been signed for the event. MMA Junkie first reported the news on Monday.

Also signed for the card is a light heavyweight bout pitting Roger Gracie vs. Trevor Prangley, according to sources.

Carson, 4-1, lost in his return to MMA following a nine-year hiatus this past June.

Meanwhile, the 29-year-old Gracie won his Strikeforce debut in May, submitting Kevin Randleman in the second round. The win improved his MMA record to 3-0.

Prangley, 23-6-1, most recently defeated Keith Jardine at Shark Fights 13 in September. He holds a 3-2 record in Strikeforce.

The event will take place at the organization's home arena, the HP Pavilion. Four fights are scheduled for the Showtime telecast. Already confirmed is a middleweight title fight between champion Ronaldo "Jacare" Souza and Robbie Lawler.