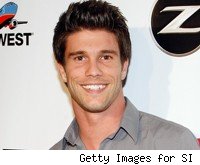 Shine Fights COO Jason Chambers told MMA Fighting on Wednesday afternoon that neither he nor his fighters are terribly worried about the Oklahoma Athletic Commission's threat to deny a license for the next 60 days to any man who competes in the non-sanctioned event at the First Council Casino in Newkirk, Oklahoma this Friday night.

Despite the "major concerns" voiced by the commission's director, Chambers insisted that every fighter is "exceedingly comfortable" with participating in the event on Otoe-Missouria Tribe land, and that all of them had been made aware of the potential consequences from the commission.

"We've communicated to them what's been said, but that's coming from second-hand information from the internet," Chambers said. "Are we going to go tell them, the forums are saying you guys are going to have this or going to have that? Our matchmaker is very open with them and communicating with them. That's a non-issue, the suspensions and stuff. They're well aware of what the possibilities could be, absolutely."

That statement stands in contrast to comments from Marcus Aurelio, who was scratched from the tournament due to injury and replaced by Shannon Gugerty earlier today. Aurelio told Tapout Radio today that Shine Fights had not said anything to him about the 60-day license denial from the state commission, but he learned about it from his lawyer just this week.

As for Aurelio pulling out of the tournament the week of the event, Chambers said he legitimately believed that Aurelio was hurt, and isn't bothered by the fact that Aurelio still plans to fight Shinya Aoki at Dream.16 on September 25.

"We've been in contact with his management on several occasions, and from all indications from his manager, he's injured his elbow and is not able to fight and has produced a doctor's note to verify that. I have no problem if the guy's injured. If that's not the case, we'll deal with that on Monday after the event."

It's been a difficult week for Shine, as the event – originally planned to take place at the Patriot Center in Fairfax, Virginia – had to be moved to the Oklahoma casino due to licensing issues. That left the organization with less than a week to get the word out to potential ticket-buyers in the area, but that's not a problem, said Chambers, since the casino venue only holds about 1,500 people.

"It's a much smaller venue and I don't foresee any problem getting enough people in there to pack it out. Actually I think we're about 90% sold out right now on three-days' notice. I don't think we'll have any problem getting fans there. At the end of the day, it's a testament to how well my team's put together."

Chambers added that the organization has "reasonable expectations" when it comes to how many pay-per-views the event will sell, particularly since it's still unclear which cable operators will provide it as an option for their viewers.

"That's something our production team has been working on," he said. "I don't know if the venue change has had any impact on that."

But after the late change of venue for this fight and the cancellation of Shine Fights III back in May, the question may be whether fans have lost faith in the organization's ability to deliver on its promises. According to Chambers, everyone in the company knows that they've got some work to do on the organization's image, but they're hopeful that they can make a statement this time around.

"I know for a fact that when I came into the organization at the beginning of June, they were facing branding issues, and that's putting it lightly," said Chambers. "I think one of the things people overlook is that they had done two shows prior to the [cancelled May 15] show, and those shows went off without a hitch, had big names on them, everyone got paid, and everyone was happy.

"With the last event, I was on the other side of the fence. I was a color commentator. I saw how things unfolded. It didn't appear to me that there was any malicious intent. The media wanted to grasp on to, oh, these guys are trying to do these evil things. That's not the case. I wouldn't be working for the company, wouldn't be in the company if that were the case. I think it was just miscommunication and a learning experience."