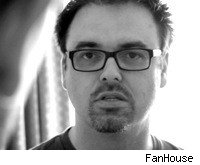 Most combat sports fans know Mauro Ranallo as the former voice of PRIDE FC and/or the current voice of MMA on Showtime and CBS.

But did you know that the Canadian-born Ranallo began broadcasting at just 16 years old or that he was in a hospital battling depression two weeks before his PRIDE debut?

In the latest installment of our Backstage series, we sat down with Ranallo hours before August's Strikeforce: Houston event to discuss the trials and tribulations he's experienced over the past decade and the many highlights, as well as a few lowlights, he's endured throughout his career.

Check out the two-part series below.