DirecTV Says Yes to Shine Fights, No to Shark Fights 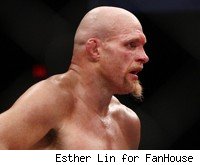 LATE UPDATE: A day after this was published, DirecTV changed course and decided not to offer Shine Fights on pay-per-view.

We have a weird weekend in mixed martial arts ahead of us, with two different pay-per-view shows even as the UFC is sitting the weekend out. But if you're a DirecTV subscriber, you have only one fight card available to you: DirecTV is offering Friday night's Shine Fights event, but not Saturday night's Shark Fights show.

DirecTV has decided not to give its customers the chance to purchase the Shark Fights card, which is headlined by Keith Jardine vs. Trevor Prangley. Unsurprisingly, Shark Fights is disappointed.

"Although we made every effort to provide our event to DirecTV, it unfortunately will not be available with that pay-per-view provider," Shark Fights said in a brief statement when contacted by MMAFighting.com. "DirectTV is the only major carrier that is not airing Shark Fights 13."

DirecTV did not respond to a message seeking comment. It's surprising, to say the least, that DirecTV would offer Shine Fights but not Shark Fights. Based on what I've heard from fans and the buzz I'm seeing online, there seems to be more interest among MMA fans for Shark Fights than Shine Fights. But DirecTV apparently feels that Shine Fights is better for their bottom line.

If you're an MMA fan, you want your cable or satellite provider to offer the channels that show live fights -- Spike, Versus, HDNet and Fox Sports Net, mostly -- and also offer all the pay-per-views. DirecTV has you covered on the first front, but the decision not to offer Shark Fights is a disappointment that should have MMA fans contacting DirecTV to complain.

UPDATE: Shortly after this was published, a DirecTV spokesman told me DirecTV couldn't offer Shark Fights because "It was brought to us a little too late to put on the PPV calendar."