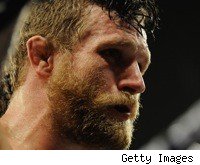 Coming off a win three weeks ago over former UFC title challenger Thales Leites on the War on the Mainland pay-per-view, Matt Horwich has been booked for a Bellator 28 fight against season two semifinalist Eric Schambari on Sept. 9 in New Orleans.

The Bellator 28 card will be headlined by UFC veteran Rich Clementi (37-16-1) facing off against season two semifinalist Carey Vanier (9-3) in a lightweight showdown.

Horwich (25-15-1) lost in his Bellator debut in June 2009 against Bryan Baker by unanimous decision and it wasn't until his win over Leites last month that has kept him relevant in the middleweight ranks. Horwich entered the Leites fight losing five of his last six, but displayed grit and a solid ground game to tap out the BJJ black belt Leites with a rear-naked choke in the fourth round.

Eric Schambari (12-2) shares a common opponent loss with Horwich in Baker. In fact, both of Schambari's career losses came against Baker, once in the WEC via split decision and once more for Bellator by triangle choke submission in May.