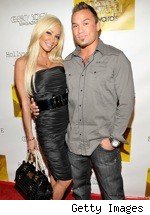 Update: The CSAC has approved the McCullough vs. Hill fight.

However, while the California State Athletic Commission initially refused to sanction the fight due to the fact that McCullough has competed in 24 pro MMA fights, while Hill has only competed in 7, Luchau said that he has filed an explanation as to why the fight should be sanctioned, and was confident that the CSAC would eventually sign off on it.

"They wanted me to give an explanation why Corey Hill would be a good opponent for 'Razor,' so I had to send a letter explaining that Corey Hill had fought in the UFC," Luchau said.

Officials from the CSAC were not available for comment when contacted by MMA Fighting.

Tachi's original plan was to have former UFC fighter Dan Lauzon fight McCullough, but the promotion couldn't come to terms with Lauzon.

"Razor" was released from WEC after losing to Karen Darabedyan in November. He bounced back earlier this month when he defeated Isaac de Jesus at Tachi Palace Fights 5 via first-round TKO.

Since breaking his leg in horrifying fashion against Dale Hartt at UFC: Fight for the Troops in December 2008, Hill has won 2 of his last 3 fights, including a triangle choke submission win over Kit Cope last week.

The main event of Tachi Palace Fights 6 will be former WEC light heavyweight champion Doug "The Rhino" Marshall vs. TUF 11 cast member Kyacey Uscola. The fight will mark Uscola's first since the show.

Also, slated for the card is Diego Saraiva vs. Micah Miller, Jason Von Flue vs. Mike Martinez and Leopoldo Serao vs. Anthony Ruiz for the Tachi middleweight title.