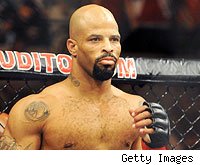 Rameau Thierry Sokoudjou is set to face Houston Alexander at Shark Fights 13, joining Keith Jardine vs. Trevor Prangley as the co-main events for the Texas-based promotion's Sept. 11 card in Amarillo.

It's interesting to look back on the careers of Sokoudjou and Alexander as this matchup would have been worth getting excited about and would have held relevance in the light heavyweight rankings had it happened three years ago. Still, this fight is worth keeping an eye on due to its potential to end in dramatic fashion.

In late 2007 Alexander and Sokoudjou were prospects each coming off two incredible knockout victories. Sokoudjou in February and April of 2007 scored back-to-back knockouts against top 10 light heavyweights Antonio Rogerio Nogueira and Ricardo Arona. Meanwhile, Alexander exploded into the UFC in May by knocking out Keith Jardine in 48 seconds and followed in September by winning Knockout of the Night against Alessio Sakara.

But ever since, inconsistency has plagued the two fighters. From that point on Sokoudjou and Alexander have recorded 5-5 and 2-5 records, respectively.

Last December, Alexander was given another shot in the UFC, but fought unusually timid against Kimbo Slice and was promptly released following the decision loss. Alexander returned to the local scene this year, losing to current UFC fighter Joey Beltran by TKO in January and beating David Griffin by decision last month.

Sokoudjou has bounced around just about every major non-UFC promotion the last two years. The Team Quester is undefeated in 2010, winning against Dave Herman by DQ in May and stopping Joaquim Ferreira two weeks ago at Impact FC 1.