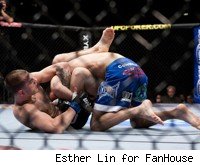 Submissions can provoke a number of reactions. For those, especially of understanding of the intricacies of the back-and-forth battle of grips, reactions and setups, the finish can be a beautiful thing. Other times, the objective of trapping your opponent in a potentially bone-crunching position is cringe-inducing. With that in mind, we decided to split our midseason submission award into three categories.

Join Ben Fowlkes and I as we take a look back at the best, most brutal, and coolest submissions of the year thus far.

Submission of the Half-Year 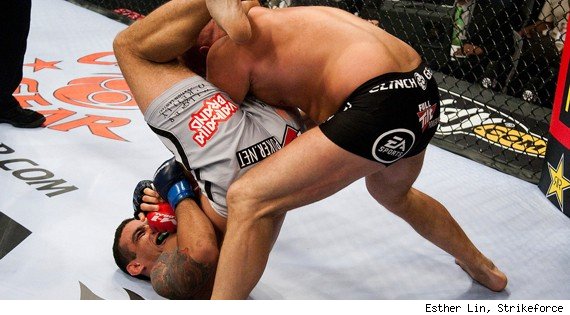 RH: The easy choice is Fabricio Werdum over Fedor Emelianenko with the triangle choke (plus armbar) heard around the world. Just like that, regardless of how Werdum's career progresses, he'll always be remembered as the first person to finish and humanize Fedor. No snazzy creative submission needed here, the significance of Werdum's submission shook up the Fedor legacy as well as the entire heavyweight division.

BF: I want to argue with you here. Really, I do, and only partly because I like to argue. The other part is, what you're really saying is that Werdum's submission was impressive because of who he did it to and not necessarily because of what he did. That's pretty much the exact opposite of last year's best submission, where Toby Imada pulled off a spectacular inverted triangle choke, but did it against an opponent (Jorge Masvidal) who was good but not great. I don't necessarily disagree with that metric for determining the sub of the year, and ultimately I am forced to agree with your choice just because of the sheer magnitude of the win, but it's worth mentioning that we're really talking about the upset value here more than the technical aspects of the submission. 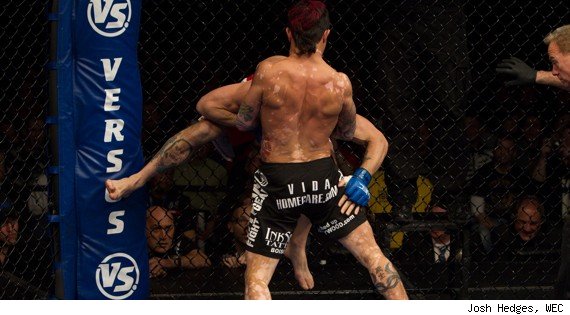 RH: You can't help but wince at the image of Scott Jorgensen's guillotining Chad George at WEC 47. George shot in for a takedown from afar and Jorgensen easily defended it, controlled him and walked George from his knees, to the fence, and eventually choking him so tightly that George's feet was floating in the air, before being forced to tap and crashing to the mat unconscious. 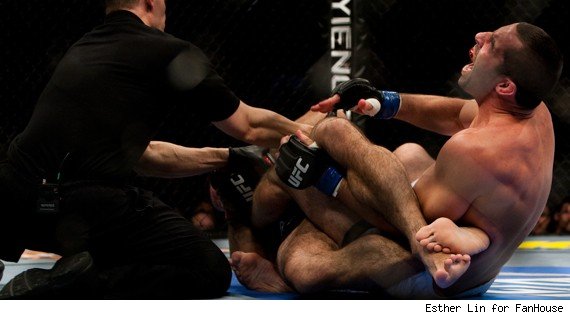 BF: I feel kind of bad for rewarding this behavior, but if I'm being honest I have to say that Rousimar Palhares' heel hook against Tomasz Drwal is up there for me. Yes, he held on to it too long and so it wasn't exactly a great show of sportsmanship, but it was still grisly. Again, I'm not saying it was right and I'm not saying Jorgensen's guillotine wasn't pretty nasty. All I'm saying is, if I have to choose between getting caught in a guillotine by Jorgensen and getting heel hooked by Palhares, it's an easy choice. I'll take the option that allows me to walk unassisted out of the cage every time. 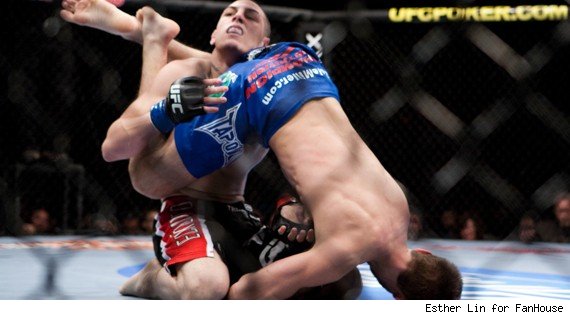 RH: The Ricardo Liborio-promoted BJJ brown belt Cole Miller presented a beautiful display of jiu-jitsu against Dan Lauzon at UFC 108. Midway through the opening round, Dan Lauzon smoothly grabs the back of Cole Miller to work for the rear-naked choke finish, but Lauzon ends up too high and falls off. Miller steps his legs over Lauzon's head and threatens Lauzon's arm, only to latch on an inverted triangle choke and kimura at the same time for the impressive win. Slick, slick stuff. 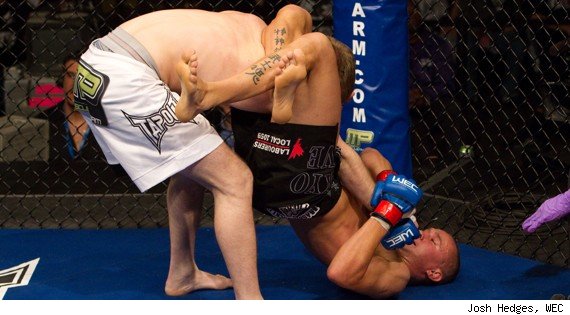 BF: Again, it's difficult to argue with that choice, but just to be difficult I'm going to force myself to do it. I'm going with Mark Hominick's triangle/armbar over Brian Caraway at WEC 46. Hominick sets it up with the attempted sweep from the bottom, forcing Caraway to drop his weight and over-commit back towards Hominick's body, and that's when Hominick slaps on the triangle and wrenches the arm for good measure. It's like one of those move combos they teach you in an overly ambitious no-gi grappling class, only Hominick pulled it off in an actual fight against a good opponent. There's nothing I love more than seeing a plan come together, except maybe ice cream. But that's neither here nor there.