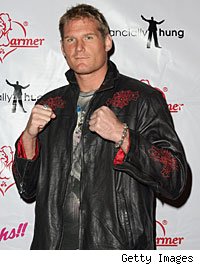 The Impact FC promotion debuts this Saturday, kicking off two events in two weeks packed with a group of notable UFC castoffs visiting the land down under.

First up, is the inaugural The Uprising card featuring the likes of Josh Barnett, Karo Parisyan, Rameau Thierry Sokoudjou and Carlos Newton. What: Impact FC 1 "The Uprising" When: Saturday, July 10. Impact FC 1 will not be televised live, but the Barnett and Parisyan fights will be available via tape-delay within the live pay-per-view broadcast of Impact FC 2 on July 17. Where: Brisbane, Australia Josh Barnett vs. Geronimo Dos Santos
It's a shame that former UFC heavyweight champion Josh Barnett contains the tools to become one of the top five in the world, yet the last time he's fought a top 10 guy was a loss to Antonio Rodrigo Nogueira on New Year's Eve 2006. His true tests lately (excluding the local squashes) instead have been on the grappling mats against world-class competitors. But we're talking MMA here, so it's no surprise that Barnett's opponent here is the little-known Geronimo "Mondragon" dos Santos, an 18-9 fighter who previously fought exclusively on the Brazilian circuit.

Dos Santos is heavy-handed and will have the size and strength advantage so he might shock the world if he lands a clean punch, but Barnett has the better all-around game. Barnett's last fights were also against standup fighters and Barnett knows how to put the fight on the ground and then take over. Like Barnett's last two opponents, Mighty Mo and Gilbert Yvel, Dos Santos' glaring weakness is his ground game. Barnett by first-round submission.
Pick: Barnett Karo Parisyan vs. Ben Mortimer
Ben Mortimer is a late substitute for the injured Luis "Besouro" Dutra Jr. While Mortimer is a decent up-and-comer in the local Australian MMA scene, he's facing a stiff test in agreeing to meet a major leaguer who has taken on the best the sport has to offer.

But make no mistake about it, Parisyan's opponent here is not Mortimer. Parisyan resurfaces here after over 17 months away from competition. Formerly one of the top rising welterweights in the world, Parisyan has been the victim of personal problems that has led to him facing a supposed lifetime ban from the UFC. Parisyan has had problems even making his way to the cage. A victory for Parisyan would be to step inside the cage and perform. Oh yeah, a win would be nice too.

There are too many questions marks on where Parisyan is at mentally and physically at this point of his career. Still, on paper this is a completely lopsided matchup and Parisyan should pull this one out.
Pick: Parisyan Carlos Newton vs. Brian Ebersole
Everyone's favorite "Dragon Ball" jiu-jitsu fighter, Carlos Newton was a well loved welterweight back in the early 2000s and once held the UFC welterweight belt before losing it to Matt Hughes in a brief, double knockout classic finish (Hughes woke up first to collect the win). Unfortunately, that was Newton's peak, and that was in 2001. Newton gave competition another shot last year and scored two wins in the local W-1 promotion. This fight for Newton against the 10-year journeyman Ebersole is probably one of the more evenly-matched bouts on the featured card and I think this fight can go either way. Pressed to pick one, I'll say Newton should be sharp enough to earn his third straight, by submission.
Pick: Newton Rameau Thierry Sokoudjou vs. Joaquim Ferreira
Ferreira, a jiu-jitsu fighter out of Gracie Fusion on a three-fight losing streak, holds the claim of being the only man to have defeated current UFC contender Junior Dos Santos from a 73-second armbar submission victory three years ago. Ferreira's keys to victory is if he can take the fight to the floor and if he can advance his position if he's taken down. Ferreira has the advantage on the ground, but I see Sokoudjou dropping Ferreira and finishing with punches for the stoppage.
Pick: Sokoudjou