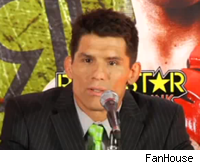 In a press conference following Saturday night's event in his adopted hometown of San Jose, Calif., Shamrock explained why he called it quits now and what he will be doing in the future. He also talked about the highlight of his career, which was fighting Phil Baroni at the HP Pavilion in 2007.