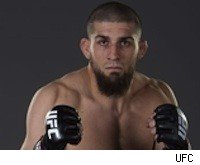 LAS VEGAS – Court McGee and Kris McCray both knew they'd be here some day. Then again, so did hundreds of other fighters who tried out for season eleven of "The Ultimate Fighter." Many months and even a couple of losses later, it's down to just these two.

"Before I tried out I was sitting in my bathtub, just visualizing myself holding the trophy," McGee told MMA Fighting. "It was just a thought that came to me. I saw that glass trophy, me being the next Ultimate Fighter, and it was pretty powerful."

McCray had similar visions, only his kept getting deferred after several failed auditions.

"I thought, once I get on that show, there's going to be no stopping me," he said. "They better not let me on, because I've got to win it now."

Say what you will about the show and its version of reality, but winning the tournament is a career-defining moment for young MMA fighters. Not only does it come with a UFC contract, but it's also an achievement that fans will remember them for. The finale losers, on the other hand, often end up as little more than UFC footnotes.

If there's a more stressful way to make your official UFC debut, it's hard to imagine it.

McGee exudes a certain severe seriousness in the face of this pressure. On Thursday afternoon he was relaxing in his darkened room in the Palms, surrounded by the strewn vitamins, supplements, and the duffel bags full of gear that are the telltale signs of a fighter's hotel room.

The experience has been somewhat surreal, he admits. He first noticed it when he was training with former coach Chuck Liddell in San Luis Obispo. He went out to lunch with Liddell and trainer John Hackleman one day and he noticed some fans approaching their table, presumably to shake hands with the MMA legend at the table.

"They were like, 'We didn't come over to talk to Chuck, we see him all the time. We came over to say hi to you,'" McGee recalled. "It's pretty nuts, man. It's even more gratifying because they got to see who I really was on the show. They know me."

While on the show McGee was forthcoming about his history of drug addiction and alcohol abuse. He was declared dead after a heroin overdose in 2005, but got clean with the help of his family in 2006 and turned his focus toward his MMA career.

But Vegas isn't necessarily the easiest place for a recovering addict. Just leaving his room to get a bite to eat, McGee must walk past throngs of partiers drinking with both fists. Everywhere he turns, there's some exhortation to cut loose and go wild.

"Every once in a while the urge crosses my mind, but I know where that takes me," he said. "I've been in that situation before and I know how to combat that situation."

While McGee is all stone-faced seriousness, McCray can barely keep the smile off his face. Wandering through the hotel lobby he seems like he'd be just as happy to be here as a fan.

"People want to take pictures or have me sign something for them. It's cool, but I still feel that way when I see other fighters," he said. "I'm like, 'Oh man, that's GSP!' It's weird to be on the other side of it."

Don't let his eager exuberance fool you, McCray proved his toughness beyond all doubts with his performance on the show. At one point he was fighting literally every week, and feeling the effects.

"I was broke up. You see me in every interview, and it just gets worse. I see myself on TV and think, damn you look beat up. But I got through it. It makes you a better person, and people respect you when they see that you're a tough guy willing to do that."

When he steps in the cage on Saturday night McCray said it will be Rich Franklin -- not Tito Ortiz, who was McCray's coach up until the final week of the show -- working his corner and giving him advice. Franklin, who McCray said he clicked with in their brief time together, has tried to help him make sense of the sudden whirlwind of attention that he finds himself at the center of.

"It hasn't really sunk in yet. Rich told me that's how it would be. He said I should take my time with it," McCray said. "I know Friday night it's going to be tough to sleep. I'm just trying to relax, because I know when you get out there and have the lights on you, all your nerves are going to be going crazy."

Regardless of their different paths to get here, the future for McCray and McGee will be determined by what they can do when the spotlight is on them in the main event bout. Inspiring stories or sheer enthusiasm won't be enough then, and they know it.

"Never in a million years did I imagine myself here right now," said McGee, who this time last year was fighting in a small show in Sandy, Utah. "I always knew I would make it. I didn't know how or when, but all I could do is worry about the next practice. I went one practice to the next, trying to get better. Now here I am, 4,000 hours later."

It almost seems unfair that all that work should come down to what happens inside of no more than fifteen minutes on one Saturday night in Las Vegas. Almost, but that's the way it goes in MMA. If they're going to stick around at this level, where compassion is as scarce as sympathy and no one cares about second place, McGee and McCray might as well get used to it now.