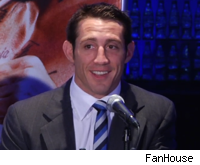 A former special forces soldier in the U.S. Army, Kennedy talked about being able to focus all his attention on his MMA career for the first time, and how that can only spell trouble for his opponent. The middleweight fighter also discussed what's next for him.