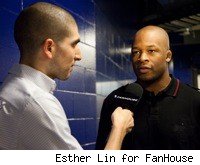 "The Crow" talked about getting another chance to fight in the UFC, what went wrong against Herman, the rise in popularity of his gym (Tristar) and trainer (Firas Zahabi) and the UFC's political struggles in Vancouver.