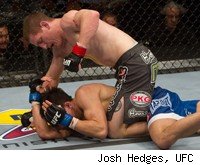 Being a fighter isn't exactly a stress-free job. But not long ago, the way Mac Danzig dealt with that stress was to pour some fuel on the fire.

Danzig, who fights Matt Wiman on the Spike-televised preliminary card of Saturday's UFC 115 in Vancouver, had followed up his win on Season 6 of "The Ultimate Fighter" with a win in hostile territory over Canadian Mark Bocek in Montreal at UFC 83. He was a future UFC star. But he put so much pressure on himself to win that it nearly chased him away from the sport.

"I'm just trying to do my best not to put all kinds of crazy pressure on myself like I did sometimes in the past," Danzig told MMA Fighting last week. "I always train hard, I always come in prepared, I always take every fight seriously. So any extra pressure I put on myself doesn't really help. I'm just trying to take it one day at a time and just do it how I did last training camp – which is really hard, but at the same time, enjoy it."

That's present-day, with lessons apparently learned. But after his win over Bocek, Danzig hit a three-fight slump that saw him drop decisions to Clay Guida and Jim Miller and get tapped out by Josh Neer. So it's easy to see how he wasn't enjoying himself.

"The Guida fight and the Neer fight, especially, I put way too much pressure on myself for those," Danzig said. "Not using that as an excuse or anything, because I lost those fights and that's the way it goes. But I definitely didn't enjoy the training and I didn't really enjoy the time in the ring in the fights. Even though fighting isn't necessarily the most fun thing to do – it's very stressful and it's very, very hard – you have to enjoy something about the competition if you've gotten into this and you're doing it and that's something that I had lost for those. I was too stressed out the whole time and worrying about winning or losing and that didn't lead to anything good."

Three straight losses in the company is many times the kiss of death for UFC fighters. And when Danzig lost to Miller for his third straight setback, he figured he would be gone for a while, chasing down wins outside the promotion looking for an invite back to the show.

"I thought I was gonna get cut after the Jim Miller fight, to be honest with you," Danzig said. "But Joe Silva came into the ring right after the fight and said, 'Hey, that was a really tough fight. You did your best and you fought really hard when you had the opportunities and he wasn't on top of you holding you down. I'm not going to cut you.' And I was like, 'Wow.' "

With that crisis averted, Danzig still had a potential bonfire of pressure to deal with, knowing that if three straight UFC losses didn't get him a pink slip, a fourth certainly would. Knowing it was self-pressure that got him into trouble before, Danzig saw it coming – and he flat-out walked away from it.

"I took three months off, and not just three months off, but three months where I wasn't doing anything," Danzig said. "I wasn't exercising. I just completely distanced myself from the sport and just working out in general. On one hand, it's not that healthy to do that. But it was something that I needed. I had been doing this for eight or nine years and it got to the point where I was just completely burned out and in a negative mindset about the sport. So I needed some time to recover, and I just took three months where I just spent time with my kid and did other stuff to get my life together."

Among the things Danzig counts on to keep himself together is a passion for photography. And not just the kind of point-and-shoot images most amateur shutterbugs would be happy with – Danzig creates gallery-worthy photos, mostly focusing on landscapes and nature. And beyond his fighter website, he even has a site dedicated to showcasing some of his best work. Danzig said he first developed a love for photography in high school, but couldn't really do it right until he bought his first high-end outfit a little more than three years ago. His travels on photo expeditions have now become extensive – and at the very least, Danzig knew he had an escape route where the pressure could always be off.

"One of the main things that I enjoy about (photography) is the ability to have a real artistic reason to go out to these extremely remote places and these beautiful places that not a lot of people get to go to," Danzig said. "Not just national parks, where there are tourists – but some very remote, obscure, hardly known places that have really amazing geological formations and that sort of thing, and trying to get my artistic take on it. I just like being out in nature – it's a good excuse to get away from people and it helps balance things out a little bit."

While Danzig's photo site gives the option to purchase his work, he said he's not counting on it as a second career path when his life in the cage comes to an end. And there are some things he really has no interest in being behind the lens for.

"The subject matter that I take on is really important to me," Danzig said. "I don't know if I'd ever really be interested in doing fight photography or people or portrait work or anything like that. It's not really my style. That's a completely different realm of photography for me and requires a completely different skill set. I really enjoy nature and wildlife and that sort of thing. For me, if I could make a career out of it and make money doing it, that would be great. But I'm not going to force it because when you start to turn what you love into a job, it can quickly turn into not being so much fun anymore. And you couldn't pay me enough to shoot a wedding."

After his self-imposed three-month exodus from the sport, Danzig took his time getting ready for Justin Buchholz at UFC 109 in February – and it paid off with a decision victory. Now he finds himself taking a more relaxed mentality into his fights and hopes that will pay dividends against Wiman on Saturday – pressure-free.

"That's how I've been doing it, and hopefully that's the formula for success for me," Danzig said. "I feel pretty confident with this one. Wiman's an extremely tough opponent, but I think if I do the right things I should be fine."

Some samples of Danzig's photography work are below. 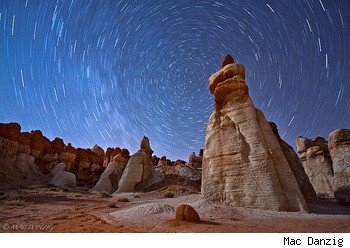 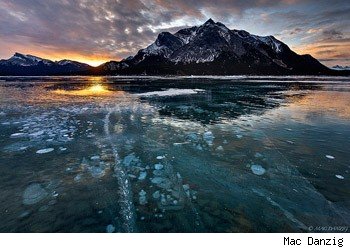 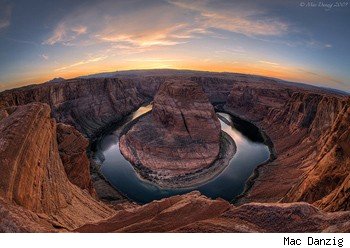 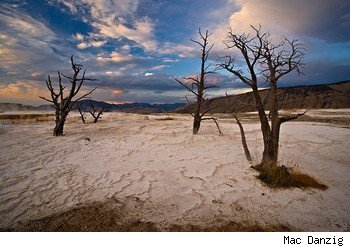