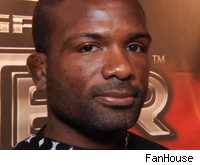 MMA Fighting recently spoke to veteran Din Thomas, whose superfight against boxer Ricardo Mayorga was recently canceled at the 11th hour due to a court injunction.

Thomas talked about how disappointing the experience was for him and why he would be open to fighting Mayorga in a boxing match sometime in the future. The former UFC fighter also discussed what's next for him and whether he would ever fight for Shine Fights again.