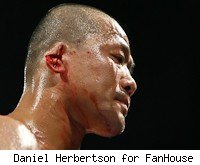 Shigeyuki Uchiyama was en route to a win over Masaya "J-Taro" Takita, bloodying his opponent with punches and knees and controlling the pace comfortably. Things were looking good for the Grabaka fighter until somehow, during a double leg takedown that fell through the ropes, the top of his ear was torn off.

Share As soon as Pancrase officials identified what the bloody lump on the canvas was a doctor check was called and the bout was stopped at 2:57 of Round 2.

More photos after the break.

Warning: The images are extremely graphic.

Below: The takedown that caused the accident. The vertical ropes can be seen behind Takita. Uchiyama is going for the takedown on top. On the canvas below the fighters, the severed ear can be seen. 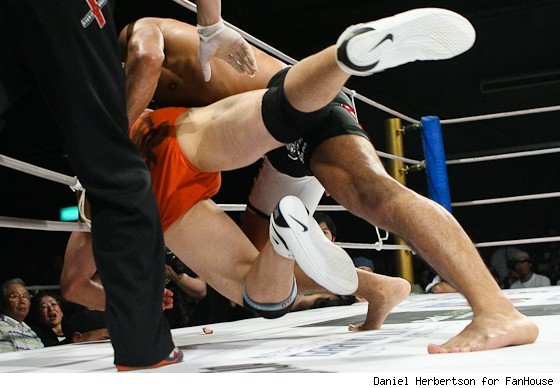 Below: Shigeyuki Uchiyama immediately following the takedown, before Pancrase officials noticed the injury. 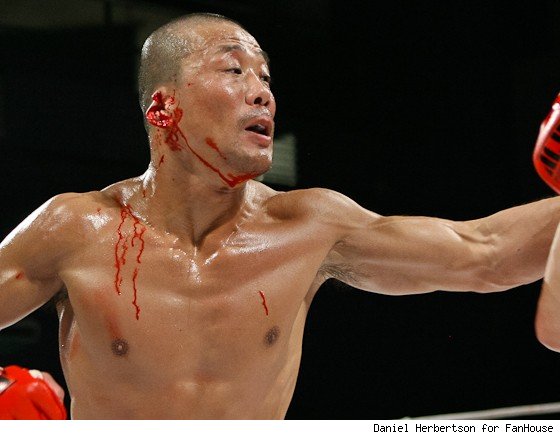 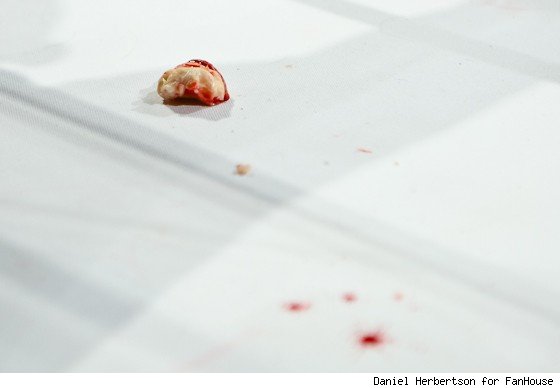 Below: Uchiyama leaving the ring. 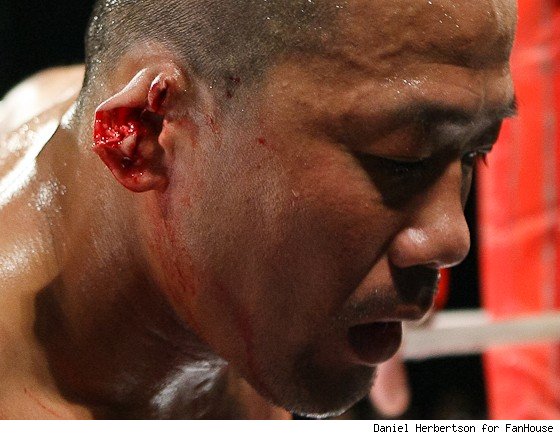 Below: Uchiyama immediately before the accident. 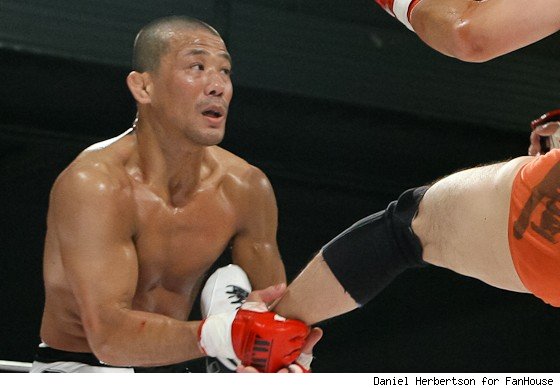 Uchiyama was taken to hospital along with his severed ear immediately following the bout. It is not yet known if his ear can be reattached. Alarmingly, no adjustment or check was done to the ropes following the accident and bouts continued as normal. Masaya Takita was awarded the win by TKO.