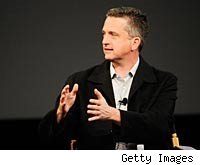 The MMA media world has been abuzz this week about something UFC President Dana White said on Bill Simmons' podcast last week, and while most members of the MMA media have been criticizing White for what he said, I'd like to take a moment to criticize Simmons for what he didn't say.

While interviewing White, Simmons read through the pound-for-pound rankings at Sherdog.com and asked White to react. White then suggested that certain MMA sites skew their rankings because they're taking payoffs from promoters.

"Most of these goofy MMA sites, what you have to understand is, these guys are in it for the money," White said. "They get paid from all the smaller promotions. They get paid a lot of money from the smaller promotions. So they feel like they have to put some of their guys in some of these things. That's the way that works. That's why it makes me sick and drives me crazy. ... They either don't know what pound-for-pound really means and the other obvious is, they're being paid."

White's comments practically begged for a follow-up. A good interviewer should have asked White to name the web sites and the promoters that are accepting payments in exchange for overrating certain fighters. Instead, all Simmons said was, "I didn't say that, you did."

That response from Simmons just doesn't cut it.

Simmons' podcast is one of the most popular podcasts on the web and is a big part of what makes him one of ESPN's most popular personalities. He should be able to come up with a better follow up than, "I didn't say that, you did."

This gets back to something I mentioned last week about the lack of preparation from some mainstream journalists when they're covering MMA. In last week's post I was talking about a TV interview that ESPN did with White, and you might argue that podcasts are intended to be more casual than TV interviews and therefore don't need the kinds of follow-up questions that should be expected from a TV interview. But I got the sense from listening to the UFC-themed podcast that Simmons just hadn't put the same kind of thought into what he'd discuss that he usually puts into his shows (which I listen to frequently).

I could even live with the fact that Simmons mispronounced the surnames of Shogun Rua and Lyoto Machida if in listening to the podcast I had some sense that Simmons was actually giving it some effort. But Simmons seemed like he was winging it, to the point that he was missing an incredibly obvious follow up question that needed to be asked.

Regarding the White quote that has gotten so many people so upset, I'll just say that I've never heard of any promoters offering money to any web sites in exchange for altering their rankings, and in the years I've been handling our MMA rankings here at FanHouse and MMAFighting.com, no promoter has ever in any way tried to influence those rankings.

I can't say for sure that it doesn't happen, though, and apparently White thinks it does. Simmons did a disservice to his listeners by failing to ask White a follow-up.