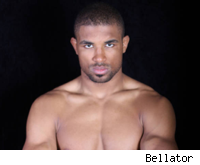 The middleweight semi-finals will take place at Bellator 20 on May 27, however no city or venue has been announced.

Shlemenko (28-4) showed off his impressive and unconventional arsenal of strikes en route to defeating Matt Major via unanimous decision. The win marked his fourth in a row.

Meanwhile, Hess, who lost to Hector Lombard in the finals of Bellator's first middleweight tournament, submitted former IFL middleweight champion Ryan McGivern in the second round.

Baker, a Team Wildman Vale Tudo member, defeated Sean Loeffler via first-round TKO, while Schambari submitted Zachrich via arm-triangle choke in the first round. Both men improved their records to 12-1.

Baker defeated Schambari at WEC 31 in December 2007 via split decision. The loss is the only one Schambari has suffered in his five-year career.

Bellator 17 takes place next Thursday in Boston. Eddie Alvarez vs. Josh Neer and Roger Huerta vs. Pat Curran are the featured bouts on the card.