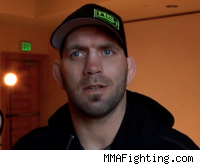 Strikeforce has announced its second of two events for May. After Strikeforce in St. Louis will be another installment of Strikeforce Challengers happening on May 21 in Portland, Ore.

Former Olympic wrestling silver medalist Matt Lindland will headline the card in front of hometown fans against an opponent to be announced. Meanwhile, Kerry Vera and Tyron Woodley will attempt to continue establishing themselves on the Strikeforce circuit in featured bouts.

In December, Lindland (21-7) lost his Strikeforce debut to Ronaldo "Jacare" Souza at Strikeforce: Evolution. The 39-year-old is coming off for the first time in his 13-year career, back-to-back losses.

Woodley will look to extend his undefeated record to seven in a welterweight bout against Nathan Coy (8-2). Woodley was the main event of Strikeforce Challengers 5, beating Rudy Bears in the first round with an arm-triangle choke.