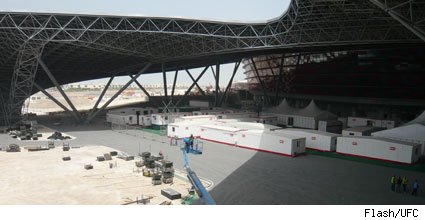 When it hits Abu Dhabi on April 10 for UFC 112, the Ultimate Fighting Championship will have its first ever outdoor event. The show is taking place at a brand-new stadium, called Concert Arena, that is being designed specifically with UFC events in mind. These photos, taken a week ago, show the progress that the construction project has made. 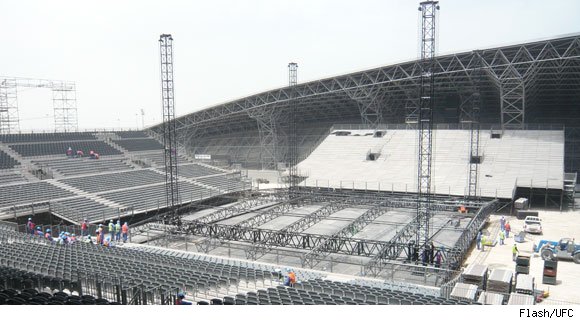 "This is one of the biggest and most significant nights in the history of the UFC," White said. "UFC 112 is our first ever outdoor event and it is taking place in the hometown of our brand new partners, Flash Entertainment. We are very happy we could deliver what fans around the world will recognize as a stacked card featuring the sport's biggest stars."

Concert Arena is being built adjacent to Ferrari World, a theme park on Yas Island in Abu Dhabi.