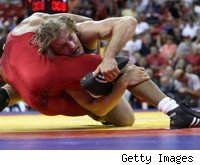 Bellator has finalized the first-round matchups for its upcoming welterweight tournament, which begins on April 15 at the Chicago Theatre.

Kicking off the tourney will be highly regarded prospect Ben Askren, a former NCAA wrestling champion and U.S. Olympian who is 3-0 so far in his pro fighting career. Askren will take on Ryan Thomas (10-3) in the opener.

The winner of the tournament will take on last season's 170-pound champion, Lyman Good.

Bellator's featherweight field was set last week, and the promotion expects to release pairings for its lightweight and middleweight tournaments sometime in March.

The promotion's fights will air live on Fox Sports Net.