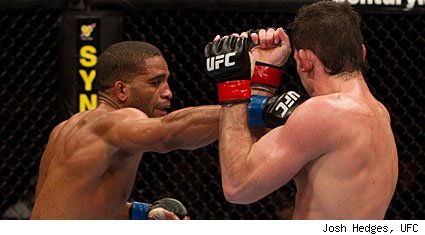 Brad Blackburn will get to face another 'TUF' star real soon.

The welterweight has verbally agreed to face DaMarques Johnson at UFC 112 in Abu Dhabi on April 10, MMA Fighting's Ariel Helwani has learned.

Johnson, who was the runner-up for welterweights during the U.S. vs. England 'TUF' season, is coming off an impressive triangle choke win over Edgar Garcia at UFC 107 this past December.