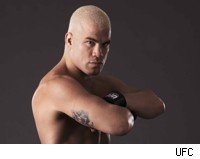 The final matchup in the Chuck Liddell vs. Tito Ortiz trilogy is likely to come in Vancouver at UFC 115, UFC President Dana White confirmed at a Las Vegas press conference on Thursday.

First, Liddell and Ortiz will be the coaches for the upcoming season of The Ultimate Fighter, which is set to premiere in March. UFC 115 is scheduled for June 12 at GM Place.


The two fighters have squared off twice in the past, with Liddell winning both affairs via TKO. Their last fight at UFC 66 was the first event in which the organization surpassed 1 million pay-per-view buys.

Last year it seemed that both fighters may have seen their last fights in the octagon after Liddell suffered his third TKO in five fights, and Ortiz's contract had run out with he and White on bad terms.

Eventually, Ortiz was brought back and Liddell lobbied for one more chance in the cage, and now the two rivals who have each main-evented some of the UFC's biggest nights will get together one last time.