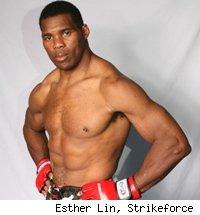 Herschel Walker has heard Jose Canseco's challenge to fight, and he is not amused.

The 47-year-old is still doing media rounds following his weekend win over Greg Nagy in his professional MMA debut for Strikeforce. Speaking to the Dallas-based Bob and Dan Radio show, Walker cautioned Canseco for calling him out and said he didn't think Canseco realized how serious he is about MMA and his training.

Saying he knew Canseco was simply hoping for a quick payday, Walker said if they ever actually got into a cage, things would end badly for the former baseball slugger.

"Jose wants to do this for money," Walker said. "My thing is, if he wants to fight me and he thinks it's going to be a circus, I will hurt him. This is not a joke, I will hurt him, because I don't do things as a joke. I don't do this as entertainment. If we go out and play a flag football game, that's entertainment. We're having fun. But this MMA fighting, is real. You can get hurt, and he doesn't understand it. I do this as an MMA fighter, not as a joke."