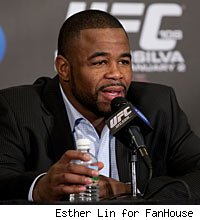 5,314 tickets were papered and only 599 seats were left unsold at the Jan. 2 event headlined by a light heavyweight bout between Rashad Evans and Thiago Silva.

The final numbers are close to UFC president Dana White's claims at the post-fight conference of 13,255 in attendance and approximate $2 million gate.