Five Burning Questions for UFC in 2010 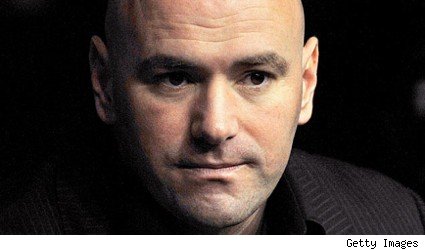 With 2010 freshly under way, MMA Fighting has decided to take a look at some of the burning questions facing the UFC during this year.

Included in the discussion with Michael David Smith are whether MMA sanctioning will finally give us a New York show, what champion will lose his belt, who will be the fighter of the year and more.

Will we see a sanctioned show in New York this year?

Chiappetta: Yes. There is almost no doubt now that 2010 will be the year that MMA is finally sanctioned in New York; it's just a matter of when. The legislative session goes from January to June. The earlier a bill regulating MMA is passed, the better the chance of a UFC event in the "Big Apple" this year. UFC has to plan events a few months in advance, so if the MMA bill isn't passed until June, they won't have much time to put things together. Assuming regulation is passed in the early part of the legislative session, and taking into account the fact that the UFC is running an event in nearby Newark, N.J., in April, I'm guessing October or November as a target date to run its maiden voyage at a sold-out Madison Square Garden.

MDS: No. I agree with you that 2010 will be the year MMA is sanctioned in New York, but I still believe that there are some powerful people who are opposed to it who will drag their feet long enough that the UFC won't be able to get a Big Apple card set up for 2010. I think it happens in 2011, and it'll be a stacked card in New York City that will draw as much mainstream media attention as any UFC card ever has.

Will this be the year UFC gets a network TV deal?

MDS: No. White has always said the UFC will wait for the right deal, and I don't think the right deal is coming this year. Right now, the UFC can make upwards of $20 million on its biggest pay-per-view shows, and there just isn't a network that's going to be willing to spend that kind of money on the UFC right now. The UFC won't lose money just for the sake of being on a network, so this will have to wait.

Chiappetta: Yes. As I predicted months ago, the Comcast-NBC merger will significantly change the sports broadcasting landscape as unclaimed sports media properties become exponentially more valuable. The UFC is among the highest-rated sports in the U.S. without a broadcast network home, and executives will no longer be able to ignore the organization's power and influence.

Will any UFC champion lose their belt in '10?

Chiappetta: The most likely champion to lose his belt in the cage is, shockingly, Lyoto Machida. We've already seen that Shogun Rua is capable of beating him; some think he already has. But I'm going to guess Machida figures Rua out this time around and wins. So that said, my guess is the only champion who will be without his belt at the end of the year is Brock Lesnar; not because he loses it in the cage, but because he is stripped of it for inactivity due to his ongoing illness.

MDS: Yes, I definitely think at least one UFC champion will lose his belt this year. As unbeatable as the current UFC champions look, I think that with 10 or so title fights likely to take place in 2010, the odds are very good that at least one of those title fights will be won by the challenger. So which one? That's the tough part, but I agree with you that Lesnar is the most likely to lose his belt for reasons outside the cage, while Machida is the most likely to lose inside the Octagon. I believe Machida will beat Shogun in their rematch, but I could definitely see him losing his next fight after that, which could come against any number of fighters in the UFC's

MDS: I realize it's not going to happen, but the fight I'd most like to see is Anderson Silva vs. Frank Mir. Silva has said he wants that fight, and he'd be highly motivated to get revenge for his buddy Antonio Rodrigo Nogueira. Mir has said he wants the fight, too, and that he'd love to test himself against the sport's best striker. And after seeing how bored Silva looked against opponents like Patrick Cote and Thales Leites, I really, really want to see Silva against someone I think he'd have a hard time beating. I know some people think a middleweight against a heavyweight sounds like a freak show farce, but the truth is, Silva would probably weigh in at about 225 if he ever fought at heavyweight, meaning it would be less of a size difference than Brock Lesnar vs. Randy Couture. This would be a magnificent fight.

Chiappetta: Aside from the Brock Lesnar vs. Fedor Emelianenko dream fight, I, like MDS, am also going to pick a matchup featuring Anderson Silva, which would pit him against Shogun Rua. I simply think these two have styles that would spark each other into a classic fight. Shogun likes to come forward; Silva likes to counter. Both far prefer standup to groundwork; both have strong chins; both do great clinchwork. If Rua can beat Machida in May and Silva keeps winning, perhaps we'd have a realistic chance at seeing it.

MDS: The fighter of the year will be Georges St. Pierre. I see him dominating Dan Hardy and whatever welterweight the UFC gives him after that, and maybe even moving up to middleweight and beating a bigger man. St. Pierre is already regarded by some as the UFC's best fighter, and I still think the best is yet to come.