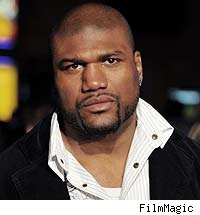 UFC star and budding actor Quinton "Rampage" Jackson has earned a majority decision of sorts in the first fight of an outstanding multi-million dollar legal battle with a former management company.

The onetime UFC light-heayvweight champion, who is still on an extended sabbatical from the cage upon filming a major role in the upcoming "A-Team" movie, recently saw the majority of a breach of contract case dismissed with prejudice, MMA Fighting has learned.

In an action dated Dec. 27, 2007, White Chocolate Management had sued Jackson along with his former manager Juanito Ibarra for $10 million in damages stemming from what they alleged to be a "bad faith" breach of contract.

According to the suit, the parties entered into a non-exclusive deal in Sept. 2006, but beginning in Feb. 2007, Jackson and Ibarra rejected every business opportunity offered, and then compounded problems by going "behind their backs" and disparaging White Chocolate.

In a decision dated Dec. 14, 2009 and obtained by MMA Fighting, New York Supreme Court Judge Barbara Kapnick dismissed all seven causes of action against Jackson, but left the door open for continued action on two causes if the plaintiffs can provide documentation to support their allegations.

The only two causes which were not dismissed with prejudice were breach of contract, and aiding and abetting tortious acts against plaintiff.

In the former, Judge Kapnick's decision notes that White Chocolate's counsel stated at an Aug. 2009 oral argument that during the recent discovery portion of trial, it was revealed that Jackson "accepted deals based on the same or similar terms initially proposed by plaintiffs for which plaintiffs received no compensation."

The judge gave them 30 days to submit documentation of their claims, otherwise that cause would also be dismissed.

Dismissed with prejudice -- meaning the suit can not be filed again -- were claims of tortious interference, trade disparagement, prima facie tort, defamation, and breach of covenant in good faith and fair dealing.

"The gist of our case was against Juanito Ibarra and his company, and Judge Kapnicks decision leaves the claims against him intact," Robert Hantman told MMA Fighting. "As to Rampage, we intend to file an amended complaint on the breach of contract and aiding and abetting counts and go the distance, as neither WCM or our firm will submit.'"

Jackson, meanwhile, recently saw the conclusion of other legal matters, He was sentenced to three years of probation for a July 2008 incident in which he was arrested following a high-speed car chase. He also completed over 200 hours of community service.