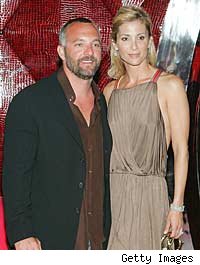 The UFC has announced that Flash Entertainment, a wholly-owned subsidiary of the Government of the Emirate of Abu Dhabi, has purchased a 10 percent stake in Zuffa, the parent company of the Ultimate Fighting Championship and World Extreme Cagefighting.

"Over the past few years, we have built a relationship with all levels of the Flash organization," UFC Chairman and CEO Lorenzo Fertitta said in a statement. "They share our vision, passion, and enthusiasm for the UFC. We are confident that this partnership will accelerate the worldwide growth of the UFC."

Prior to this transaction, Fertitta owned 45 percent of the UFC, his brother Frank Fertitta owned another 45 percent, and UFC President Dana White owned the final 10 percent. UPDATE: The sale will dilute all existing owners proportionately, which means the Fertitta brothers now each own 40.5 percent, Abu Dhabi owns 10 percent and White owns 9 percent.

Said Ossama Khoreibi, chairman of Flash Entertainment, "Since our very first meeting, we were impressed by Lorenzo, Frank and Dana's commitment to growing UFC as a global sport. Flash is equally committed to building Abu Dhabi's profile as an international entertainment destination."

Flash Entertainment has put on concerts and tennis tournaments in Abu Dhabi, and in April will put on the first of what will presumably be many UFC events in Abu Dhabi. The fight card hasn't been officially announced, but it's expected to be a major show with a title fight as the main event.