New York Governor to Propose MMA Legalization in Next Budget 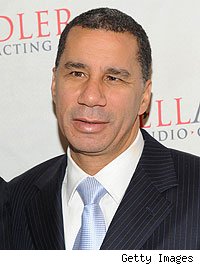 In its ongoing quest for legitimacy in the Empire State, mixed martial arts might have just gotten its most important ally.

New York Gov. David Paterson is set to propose legalization of the sport in his next budget plan, which is set to be revealed on Jan. 19, according to separate reports from the New York Daily News and NY1.

MMA was banned in New York in 1997, but attempts to legalize and sanction the sport have been made in each of the last two years. In 2009, it appeared to be on the way to regulation until political pandemonium in the state senate brought about by sudden party changes brought nearly all state legislative matters to a halt.

Its chief opponent in the state, Assemblyman Bob Reilly, apparently remains ready to keep up his fight against the sport, telling The Albany Times-Union that he plans to call Gov. Paterson and voice his objections.

"This sport is so violent it's no way to raise revenues," he told the newspaper. He also told the paper that he would consider introducing an alternate bill that would legalize the sport but tone down the violence, perhaps making it illegal to hit a floored fighter, or to eliminate the use of elbows.

With Gov. Paterson on board now, however, it appears MMA has a better chance than ever to make it through as a sanctioned sport. New York has long been one of the company's biggest targets for an event. Meanwhile, neighboring New Jersey will host March's UFC 111, which will be headlined by welterweight champion George St. Pierre's title defense against Dan Hardy, along with an interim heavyweight title bout between Frank Mir and Shane Carwin.