UFC 3 finalist Harold Howard is facing a variety of heavy charges following an incident early morning Tuesday where he intentionally drove his truck through an entrance of the Fallsview casino in Niagara Falls, Ontario, Canada, according to a report on The Niagara Falls Review. 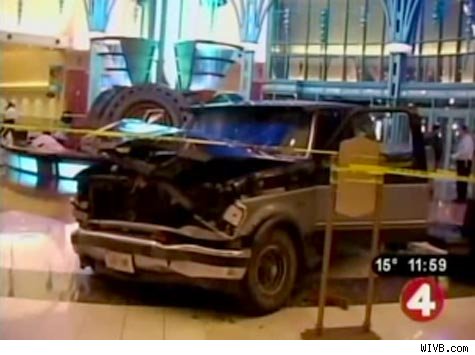 The NBC affiliate WGRZ in Buffalo, N.Y. is reporting these charges.

Howard was taken into custody without incident. He is charged with two counts of Attempted Murder, two counts of Assault with a Weapon, Attempted Break and Enter, Fail to Remain, Flight from Police, Dangerous Operation of a Motor Vehicle, Mischief, and two Counts of Breach of Recognizance.

Howard is one of the early unique characters in the UFC. He sported a white tank top and a mullet to his fights and gave unintentionally funny interviews. He also holds a win over Royce Gracie by forfeit at UFC 3 in September 1994, but his name is most often brought up for attempting a front flip axe kick and missing entirely. Miguel Torres would try the same move in a title defense against Manny Tapia.