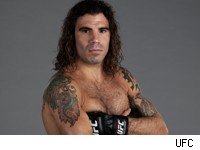 As a huge martial arts fan, UFC lightweight contender Clay Guida tells FanHouse he loves watching MMA to see where he fits in with other fighters in his division.

Guida fights previous no. 1 contender Kenny Florian at UFC 107 on Saturday and there at least three other major lightweight fights in the month of December. We decided to ask Guida to share his thoughts on these upcoming championship fights.

"I'd love to see Kawajiri do it to (beat Aoki like Hayato "Mach" Sakurai did)," said Guida. "Aoki is more of a one-dimensional fighter. He has that look about himself that he goes out there and gives his opponent the stare and stuff like that, but he's very tough, he's second to none on the ground, very verse in submissions, but it'd like to see him -- we saw what happened against Sakurai, who's a very well rounded fighter and it didn't take too long. So hopefully, Kawajiri comes out and does what he does best -- he's really good on his feet, but his ground game -- his top game -- so hopefully he doesn't get caught up in a submission game too quick."

"I fought them both, I'd like to see Melendez get his belt back," Guida said. "I don't think he showed up in his first fight there that happened over a half-and-a-year ago or whenever it was. I think he had to knock some rust off and Thomson came out gun-slinging and got the decision."

"BJ by whatever BJ wants, whenever BJ wants to win," Guida said with a laugh. "I think the only thing Diego has to offer is he;s got a great tremendous heart, but I think his skillset, skill-wise ... He's not going to outstrike him. BJ outstrikes everybody. He's got some of the best MMA standup there is. His takedown defense speaks for itself. The only guy whose taken him down really was GSP, and that was at 170, and that was in the middle of a cage. Diego's wrestling is not outstanding by any means. Diego's takedown defense we've seen is suspect. For some reason I don't see BJ being submitted from the top or from the bottom. Diego's going to bring it. It's going to be high paced for awhile and BJ's going to do whatever he wants.

More Coverage: Clay Guida: 'The Best Is Yet to Come'