The K-1 World Grand Prix 2009 is the year's biggest kickboxing event, and as we get ready for Saturday's show, we have K-1 announcer Michael Schiavello offering his commentary on each of the fighters. His thoughts on Errol Zimmerman are below. 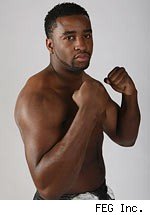 Two years ago Fighting and Entertainment Group CEO Mr Tanikawa touted Zimmerman as the next major superstar of the K-1 circuit. When he won the 2008 K-1 European Grand Prix title in Amsterdam with a decision win over Zabit Samedov (albeit a controversial decision win) Zimmerman appeared poised to live up to Mr Tanikawa's prophetic proclamation. His hard-to-stomach beating of Glaube Feitosa at the 2008 Final 16 further reinforced Tanikawa's belief of Zimmerman being the new generation fighter to watch.

In his first K-1 Grand Prix appearance last December, Zimmerman out-pointed Ewerton Texeira by a slight margin (he dropped Texeira in the last round to seal the win) and then went on to meet Badr Hari in the semi finals and lose by knockout in one of the most exciting K-1 Grand Prix matches in the tournament's history. That loss ended Zimmerman's 11-fight win streak dated to 2007 and put him on a downward spiral in which he incurred three losses.

First there was his ill-conceived MMA debut at Dynamite 2008 in which he was easily subbed with a toe-hold by Minowaman in just one minute. Then Zimmerman kicked off the 2009 K-1 season with a loss to "Mr K-1" Peter Aerts whom he pushed to an extra round. On an It's Showtime event in Amsterdam in May, Zimmerman lost to Mourad Bouzidi in the first round after sustaining a cut to his knee. It was the first time in his career Zimmerman had ever lost three fights in a row.

In Seoul at the Final 16, Zimmerman turned his fortunes around with a stellar performance in a rematch with Feitosa who he controlled with a high workrate and powerful hand combinations. However his next performance against little-known Wendell Roche at the Ultimate Glory show in October did little to cement Zimmerman as one to watch in the Grand Prix as the Bonecrusher was forced into an extra round to get the decision win.

Come December 5, Zimmerman will be looking to become the co-youngest K-1 Grand Prix winner in history. At 23 years of age should he emerge the victor of the world's toughest fight tournament, he will equal the age record set by Peter Aerts in 1994, even though Aerts technically would still be the youngest title holder having won the crown aged exactly 23 and 217 days.

There's a lot to be said for the enthusiasm of youth and Zimmerman has plenty of energy to burn. His cocky attitude doesn't translate as smoothly as the Bad Boy mantle once (and maybe still) held by Badr Hari, but he has said time and time again that it's time for the old generation of K-1 stars to be put to rest and for him to lead the new generation into the future. While he does possess incredible hand power and a willingness to always go for the knockout, fact is that Zimmerman is not a finisher in the class of Badr Hari.

Zimmerman has all the tools to be a real headache-maker in the Grand Prix but has he got the physical and mental capacity to run the gauntlet of three fights in one night? At the K-1 GP draw in Seoul, Zimmerman invited, nay, he begged current champion Remy Bonjasky to meet him in the quarter finals, to which Bonjasky happily obliged.

"He's the best and K-1 is all about fighting the best. I want to beat the very best," answered Zimmerman when asked about why he called out the current champion.

Come December 5, Zimmerman must look to start hard and fast, terrorize Bonjasky with his punches and not allow him to find any rhythm. However Zimmerman's inability to knockout an opponent in the last 18 months does not augur well against Bonjasky who has the best defense in all of K-1.