MMA Top 10 Middleweights: An Odd Month for the Division 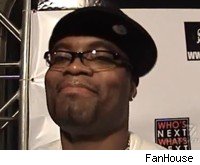 November has been an odd month for middleweights.

The UFC's middleweight division is basically taking the month off, with the undisputed No. 1 middleweight in the world, UFC champion Anderson Silva, nursing an elbow injury and hinting that he doesn't think any of the UFC's other top middleweights are worthy opponents.

Meanwhile, two big middleweight fights happened in other promotions, but they didn't quite go according to plan: Jake Shields beat Jason "Mayhem" Miller to win the Strikeforce middleweight title in a fight that left the crowd booing, while Mamed Khalidov shocked Sengoku middleweight champion Jorge Santiago.

And the guy who's probably the best middleweight after Silva -- Dan Henderson -- doesn't have a contract at the moment and isn't sure if he'll be fighting for the UFC or Strikeforce in 2010. So my list of the Top 10 middleweights in MMA shows a division in flux.